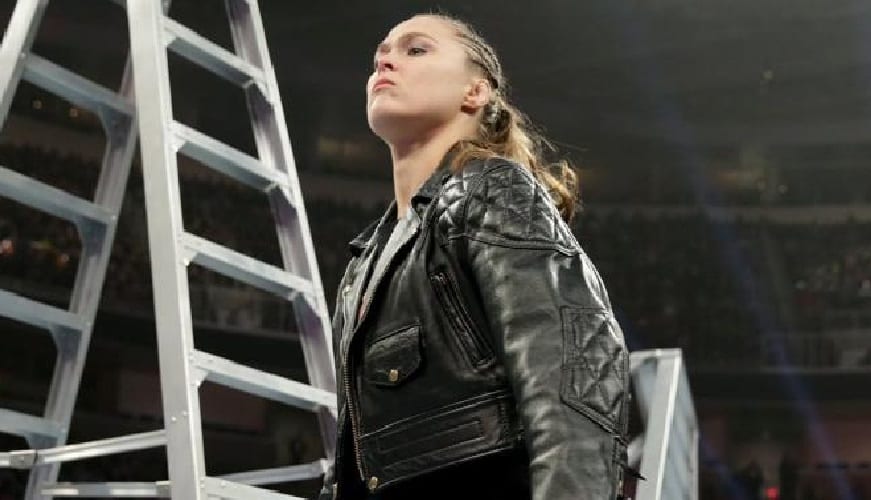 Ronda Rousey got a tremendous amount of boos when she came down at the conclusion of the WWE TLC main event match to push Becky Lynch and Charlotte Flair off of a ladder. Apparently, this was something a babyface does in WWE though.

Mike Johnson noted on PW Insider Elite audio that he was told that Ronda Rousey’s heelish move at the end of WWE TLC was actually a babyface decision. In reality, WWE sees Becky and Charlotte as the heels in their feud against The Baddest Woman On The Planet.

“I was told this was not a Ronda Rousey heel turn. This was Rousey getting revenge on who are still considered two heels.”

Becky Lynch lost the SmackDown Women’s Title for a big reason and WWE actually had a couple of good ones. Rousey will be the face of the company from this point on. It’s not impossible to picture Rousey turning heel eventually, but it’s not happening yet. If I were a betting man, Rousey won’t be turning heel anytime soon no matter who they place her against until Michael Cole turns on her during the commentary.