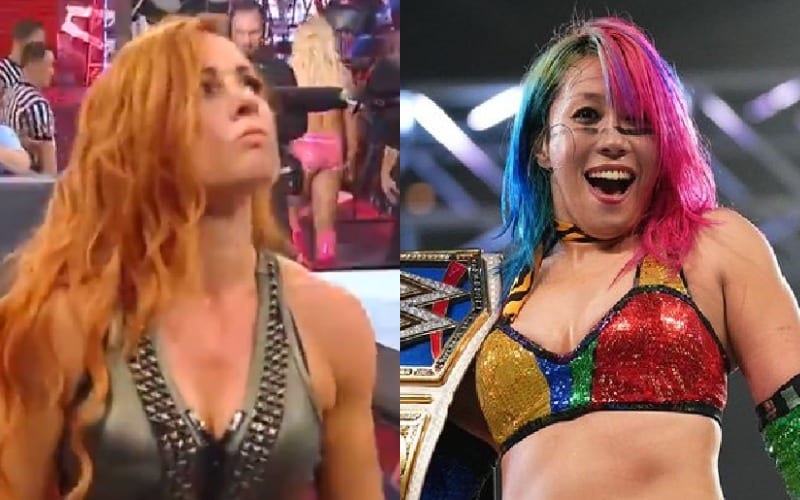 Becky Lynch lost the SmackDown Women’s Title at WWE TLC and it was a very controversial decision. Some fans might not be happy about it, but sometimes being a champion can hinder a Superstar’s possibilities.

Mike Johnson explained on PW Insider Elite audio why it was actually a good thing that Ronda Rousey walked down at the conclusion of their Tables, Ladders, and Chairs match to make sure Asuka won the SmackDown Women’s Title.

WWE is always going with no offseason. Therefore, they need to make sure their Superstars have plenty to do. Sometimes that means they have to lose a match. At least Lynch dropped her title in a way where she didn’t have to suffer a pinfall and lose that heat too.