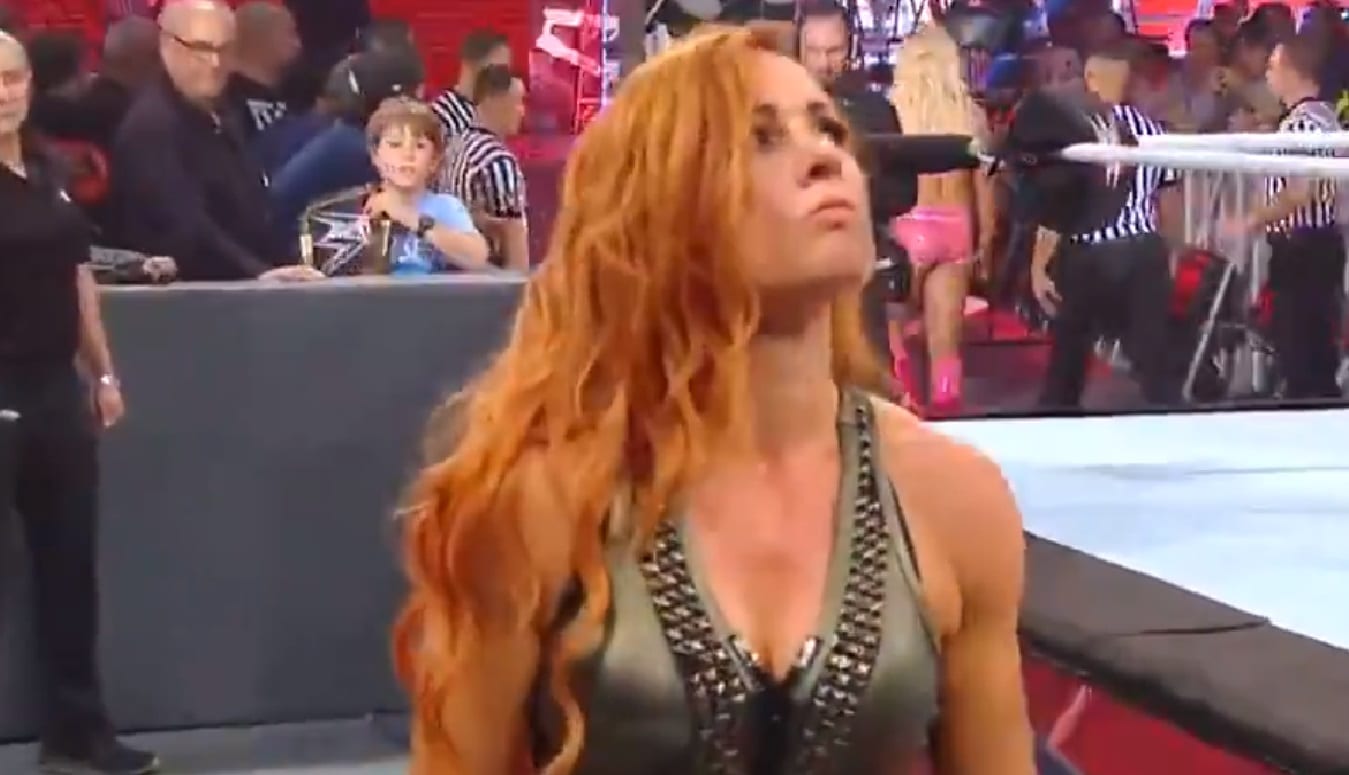 Asuka walked out of WWE TLC as SmackDown Women’s Champion, but it didn’t come without a great fight. She left in a lot better shape than Charlotte Flair though after The Man crushed her in a botched leg drop off a very high ladder.

We previously reported that a WWE employee’s Twitter and Instagram accounts were apparently taken down after they tweeted out Tribute To The Troops spoilers.

Some fans were asking this employee why Becky Lynch didn’t have her SmackDown Women’s Title during a segment that was posted online. This caused some fans to wonder what WWE’s plan was. Then those accounts were taken down, but not before we noticed.

After WWE TLC, it seems to make even more sense now. Since Tribute To The Troops isn’t airing until the 20th, they didn’t have Lynch holding her title because they knew she would be losing it on the 16th at WWE TLC.

WWE apparently had plans for Lynch to drop the title at WWE TLC in advance. Since Charlotte Flair was also featured in those spoilers and she wasn’t carrying the title it looks like Asuka was also intended to win.