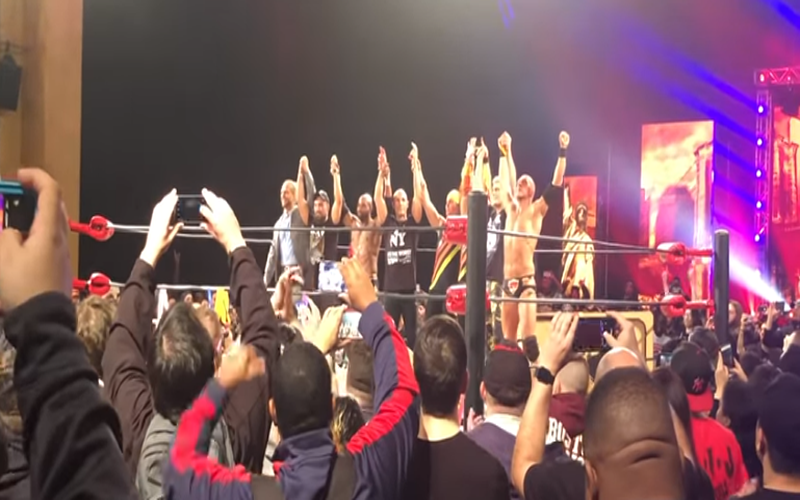 ROH aired Final Battle last night, and for the various members of The Elite, this was indeed their ‘final battle’ ahead of the reported All Elite Wrestling promotion they are working on with the owners of the Jacksonville Jaguars.

After the show went off the air, The Young Bucks gathered the rest of The Elite and a few other Superstars in the ring, as they gave a final thank you speech to the fans, celebrated together, and left.

What is notable about the speech is that they continued to tease the upcoming promotion and noted that “the timer is ticking” and claimed they will be back in New York City in the future.

Courtesy of Ryan Satin over at Pro Wrestling Sheet, we have the entire video of the speech given by The Young Bucks below. You can check it out in the video:

With 2018 coming to a close, it is likely the first major professional wrestling announcement of 2019 will be that of All Elite Wrestling, given how forward they appear to be in their planning of the promotion.

Will you be watching AEW? Do you watch ROH as it is? Let us know your thoughts, opinions, and reactions in those comments below.