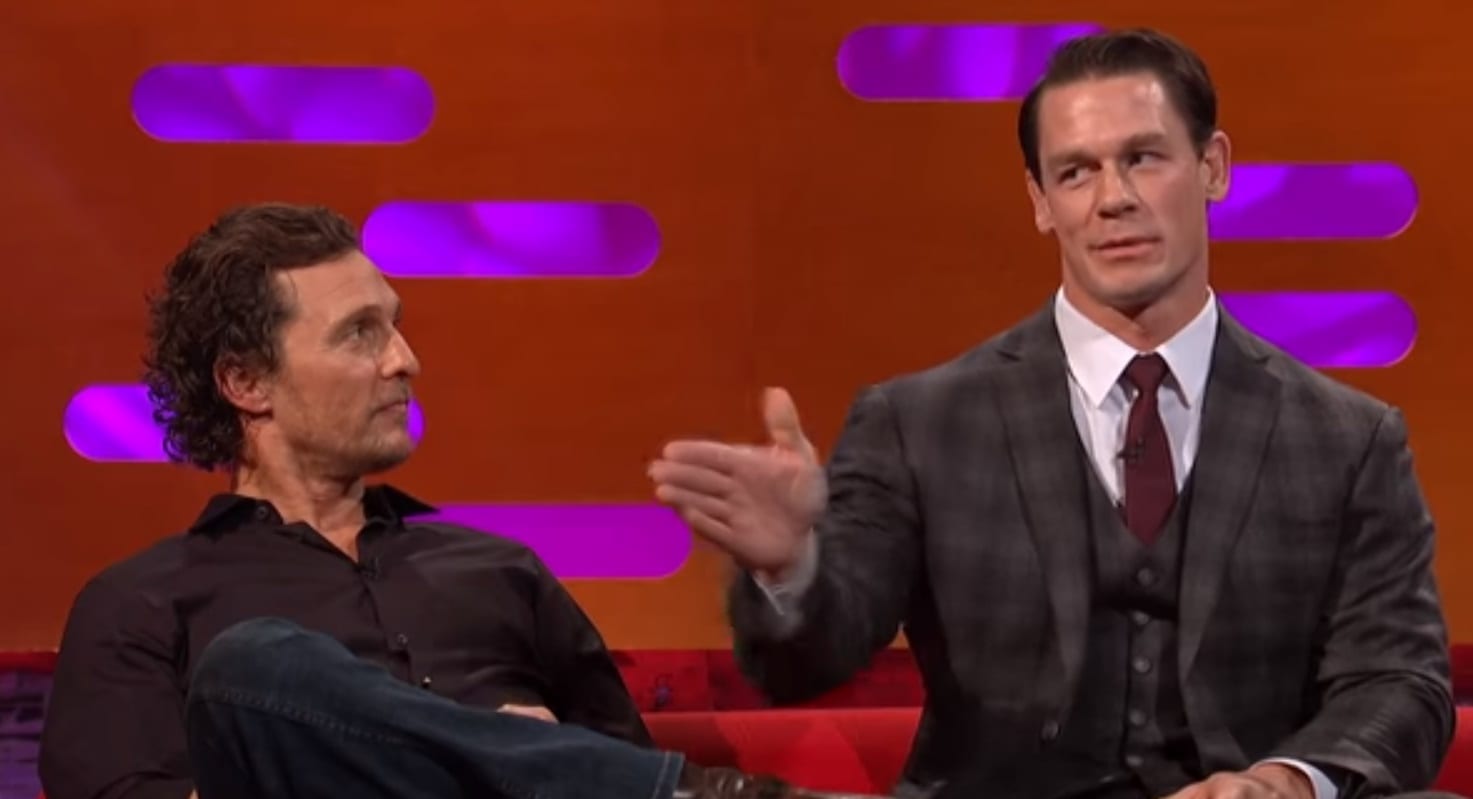 John Cena wasn’t the 16x World Champion’s his first gimmick in WWE. He actually started off as The Prototype as he cut his teeth in OVW. This character has been buried for a long time, but Cena recently dug it back up to discuss why it didn’t work.

The Graham Norton Show recently had Matthew McConaughey and John Cena on the program at the same time. Norton asked Cena about the Prototype gimmick he was first given in WWE and McConaughey apparently still thinks pro wrestling is real, or at least the gimmicks are.

Cena said it’s a trial and error process and his Prototype gimmick was “half man, half machine, 100% crap.” He said he would demonstrate the fact that he was robotic by rewinding what he said to say it again. McConaughey asked if it worked, “No!” Cena enthusiastically replied.

Everyone had a great time on the Graham Norton Show, especially Cena as he connected with fans of his work outside of WWE. Apparently, the Prototype gimmick would have worked on Matthew McConaughey.