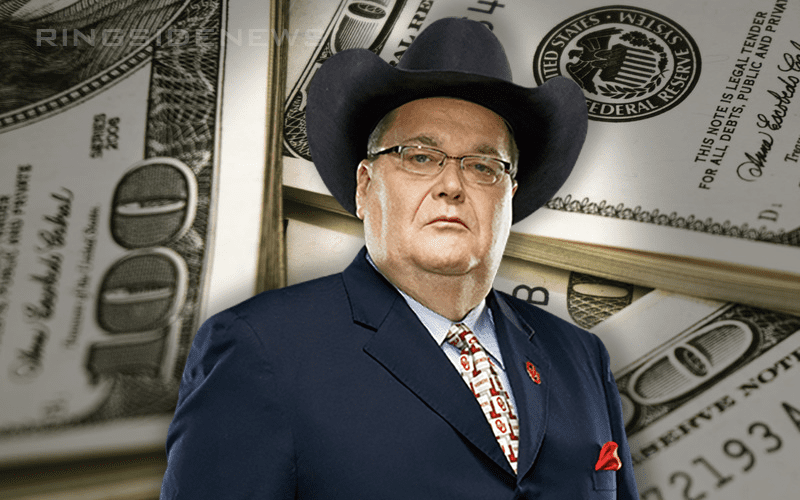 Jim Ross was an announcer during the XFL’s initial run twenty years ago. He’s likely not going to re-sign with WWE after his contract comes to an end in April 2019, but you never know what will happen. Still, it’s unlikely he’ll be commentating football anytime soon.

Ross recently revealed how much money he actually got paid during the XFL’s first run while speaking to WKYC Channel 3 – Cleveland. As it turns out, he didn’t make as much as you would think he would, at least it was nothing near what he was worth, but at least he enjoyed doing it.

“I loved it, I had a blast. It was a lifelong dream, no kidding. I didn’t do it for the money. I made $1,500 a game, and ya know, we’d make five times that just by signing autographs. But I was doing a network game on NBC for $1,500. But I’m not complaining about that! That’s the thing to make clear. It was one of the greatest experiences I’ve ever had. It was new and exciting.”

You never know if Jim Ross could command more money to step back in the commentary position for the XFL’s 2020 reboot, but at this point in his career, you never know what Good ole JR will be doing next.