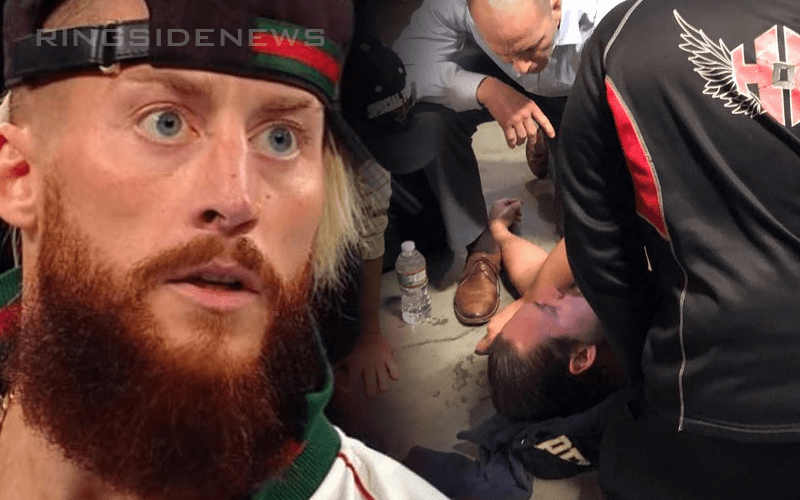 Big Cass and Enzo Amore had a great time running through teams and even though they didn’t win all the time, they usually won when it came to verbal jousting. Both Cass and NZO are no longer a part of WWE, but that doesn’t mean they don’t care about each other.

Enzo did express some heat on Big Cass for not being able to finish their post-SummerSlam match due to his destroyed knee, but when Big Cass went down with a seizure at a House Of Hardcore show tonight, things changed and there doesn’t seem to be any heat between the two of them.

He didn’t say much, but Zo did tweet out:: “to my heater” along with some praying hands. We are concerned about Big Cass, but at least he was reportedly walking on his way out of the ECW Arena.

We will keep you posted on any new updates regarding this story.