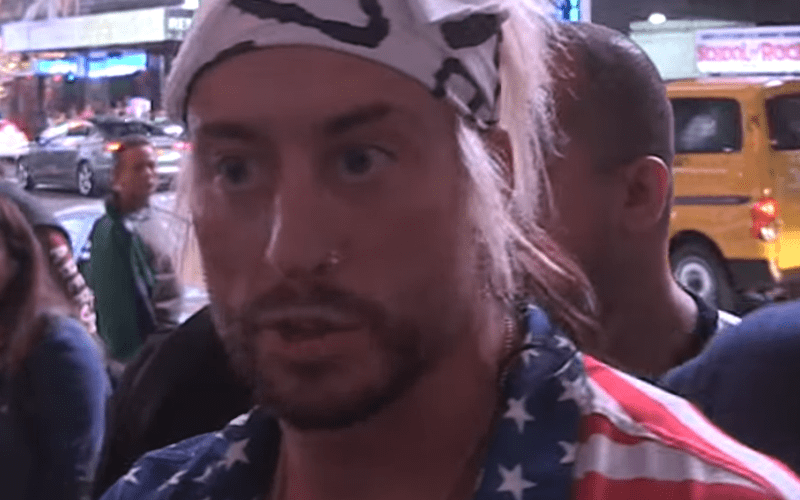 During their time together, Big Cass and Enzo Amore were one of the more over tag teams on the roster in both NXT and the behemoths that are RAW and SmackDown Live. Unfortunately, the team would break up in 2017.

This ultimately led to a feud between the two competitors. While Amore went on to make history as WWE Cruiserweight Champion before ultimately being let go early in 2018, Cass was on the sidelines with an ACL injury.

The injury itself occurred during a Brooklyn Street Fight on the August 21, 2017 edition of RAW, between the two former teammates. We can’t be sure what the end result would have been to the match, but if Amore is to be believed, he may have gone over.

In talking with the Store Horsemen podcast, Amore confirmed that he was indeed upset after Cass injured himself during the match. The belief, at least according to Amore, is that a wrestler should finish a match, even if injured. Take a look at his comments below.

“Triple H tore his quad and sat in a sharpshooter. Stone Cold took a piledriver and was paralyzed…the ugliest schoolboy in the history of the business. I’ve been picked up and thrown down the ramp…have a sciatica issue. hen we get backstage and you know people talk. If I’m Vince McMahon, am I going to invest? You have WrestleMania, main event. We expect you to go out there and have a half hour to forty-five-minute match and you tear your ACL in the first five minutes. They have to know you’re going to stick it out.”

Should Cass have continued the match? Is Amore wrong for saying this? Sound off in the comments below.