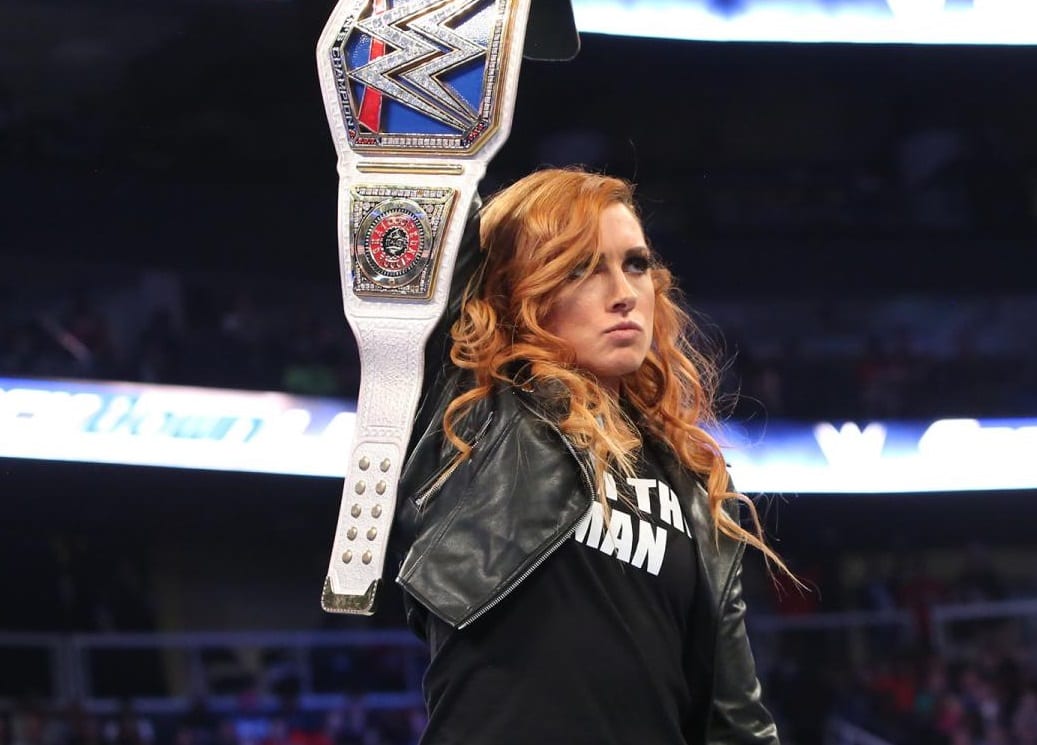 Becky Lynch didn’t have the best 2018 all in all, but the last few months certainly made up for being largely ignored during the first half of the year. At this point, she is SmackDown Women’s Champion and can’t wait for TLC on December 16th where she will defend her title against Asuka and Charlotte Flair in a Tables, Ladders, and Chairs match.

While speaking to the Asbury Park Press, Lynch discussed the additional opportunities WWE has provided for the women’s roster and the extra physicality needed in those situations. The Man said she loves it and discussed how the timing worked out for them in a “perfect storm” as the WWE Women’s Revolution continues.

“Yeah, it’s wonderful, I love it. I love it. The more physical the better, that’s what I’m looking for at TLC next week. I think it was all in due time, I think it was just a perfect storm, lightning in a bottle, of talent and opportunities meeting at the exact right time, because right now we have just women that want to go out there and want to go.”

“(We have) some of the best athletes in the world when you look at Ronda (Rousey) and you look at Charlotte and you look at Naomi, you look at The Man, Becky Lynch. I think we have such high caliber of talent at the moment, and I think just the demand from the audience is that they want to see us go out there and do everything that the guys are doing because they know that we can, and it’s perfect and it’s being well-received. And it hurts, and it’s taxing on our bodies, but we wouldn’t be doing it if we didn’t absolutely love every single second of it.”

WWE has no reason to squash Becky Lynch’s momentum at this point, so why would they? The only issue is that in order to pull off a huge WrestleMania match against Ronda Rousey, The Lass Kicker might need to lose her title first. It will be very interesting to see how TLC ends for The Man, but in the meantime, Lynch enjoying every minute she can as The Champ.