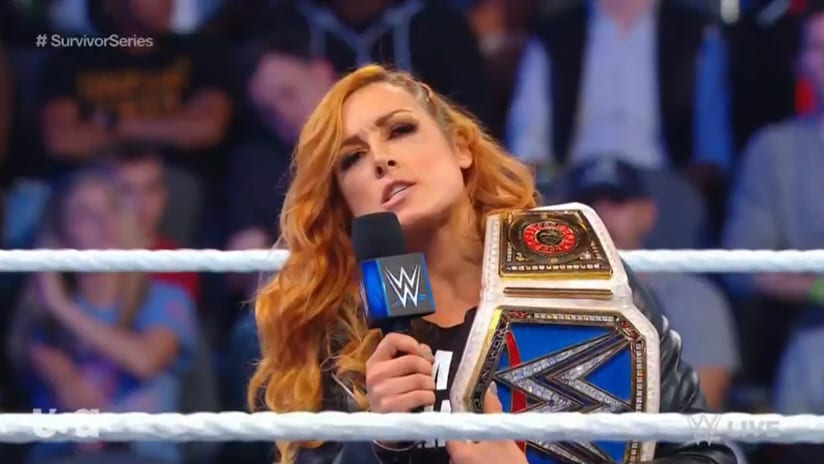 Becky Lynch is the current SmackDown Women’s Champion and she even emerged from WWE Evolution as the champion as well. This set up a dream match vs Ronda Rousey at Survivor Series, therefore it’s unlikely she’ll be losing her title before then.

But there is a very strong belief that Becky Lynch’s title reign will be only a transition before WWE looks toward the endgame of what they want to present at WrestleMania.

“I’ve said this for weeks, I would bet money Becky’s losing that title at TLC,” Bryan Alvarez said on Wrestling Observer Live.

This was also noted as a reason why Lynch is also likely to be defeated by Ronda Rousey at Survivor Series. After all, to defeated Rousey only to turn around and lose the title the next month would kill a ton of heat.

Therefore, it looks like WWE could be preparing for their next phase with the roster as they position themselves going into WrestleMania next year. Only time will tell how Becky Lynch could be used on that show, but  you might want to enjoy Lynch’s title reign while you can if you’re one of the fans who have been pulling for her push.