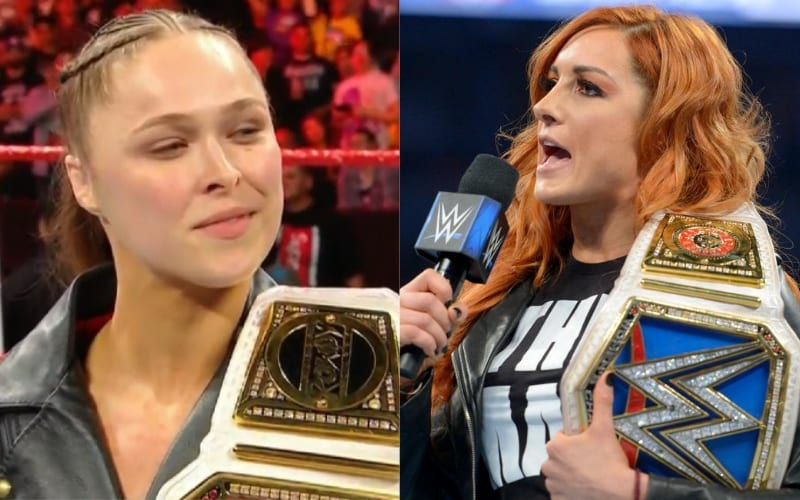 Becky Lynch has been out of action since taking a stiff shot from Nia Jax during the build for WWE’s Survivor Series event. She had a severe concussion and WWE doesn’t take risks with that kind of injury in 2018. Now it appears she’s been medically cleared because The Man is set for her in-ring return at WWE’s Tribute To The Troops.

The 16th annual WWE Tribute To The Troops special isn’t set to air until December 20th, but they are filming it today at Fort Hood while the company is filming in Texas.

They plan to film the matches and segments this afternoon in the ring they set up on the base for the event. We previously reported Kurt Angle has already sent out some social media updates to show off some of the things they got to be a part of.

Not only will Becky Lynch be competing, but so will Ronda Rousey. Unfortuantely, they won’t be in the same match. There are only two matches announced so far according to PW Insider, but there could be more with the Superstars that showed up for the event

Ronda Rousey & Natalya vs Nia Jax & Tamina and Becky Lynch & Charlotte Flair vs Mandy Rose & Sonya Deville are currently booked for the show. The fact that Nattie is competing is even more proof that she wasn’t really injured on Raw last night. 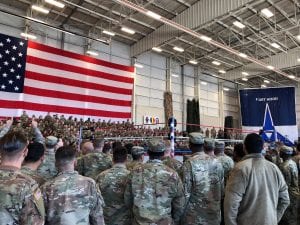 You can check out the other names at the event below which includes Roman Reigns and that is exciting. There could be more and a few surprises, but we’ll keep you posted if we hear anything worth noting.