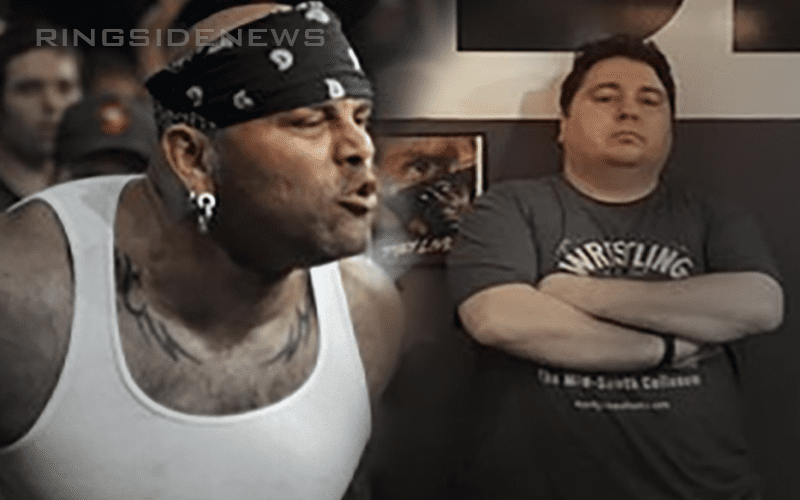 Konnan is a legendary name in pro wrestling and he is very proud of his heritage. So when he recently heard something he didn’t like, he sent out an invitation to join his podcast for an interview.

Dave Scherer did a bad impression of Konnan during PW Insider Elite audio’s We Don’t Need No Stinkin’ Name Show. This audio got clipped and soon went viral and some people were very offended by the racist connotations in the stereotypical Hispanic character they presented.

Konnan had a chance to speak on the matter on Keeping In 100 while Mike Johnson was on the program, needless to say, it did not go well for Johnson as he tried to defend Scherer’s impression of Konnan.

Konnan came at them for claiming that Vince Russo doctored the audio and Konnan said that it sounded like the same audio he heard originally.

“That’s just the same sh*t that I heard originally. That sounds racist to me, I don’t even know you guys so if you lived next to some f*cking projects in New York and you worked at some kind of community center and you know how I am about racial issues because I f*cking sued TNA and I don’t play that sh*t.”

“I actually experienced real racism not fake outraged bullsh*t like we’re living in today with all these snowflakes but you know I lived it through my mom and I lived it myself in the military. So when I hear sh*t like that from someone I don’t know on a show I never heard, ‘He wishes he was over as Speedy Gonzalas’ that sounds personal to me. So if you got an issue, what is it? Or the other motherf*cker if he’s got an issue, what is it?”

Konnan continued to point out how offensive their impression of him and the entire Hispanic culture was and said it’s racist to him. In the end, though, Johnson and Konnan did squash it and put it all behind them.