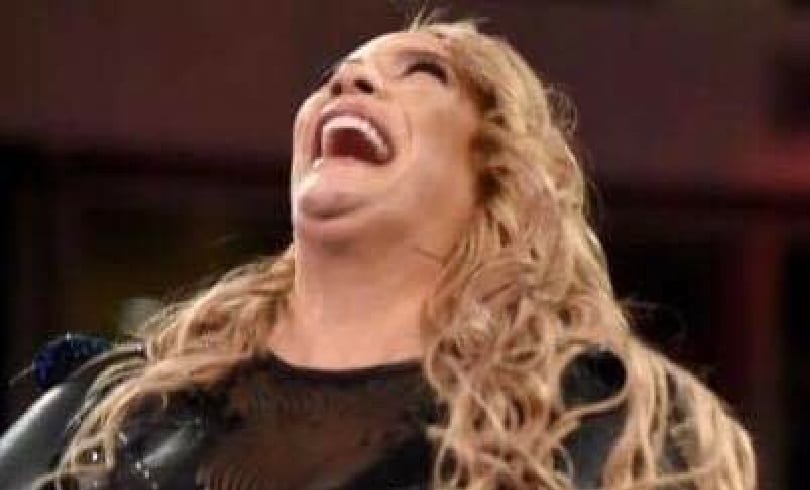 Nia Jax landed a punch to Becky Lynch’s face on the go-home RAW before Survivor Series which broke The Man’s nose and gave her a severe concussion. At this time, Lynch is recovering but Nia Jax is getting a push off of the notoriety and some people backstage might not be too happy about it.

There is a pretty funny video floating around the Internet Wrestling Community of two luchadors trading some punches that don’t land hard at all. PW Stream, which is a very popular Wrestling Twitter account tweeted out this little video with the caption: “How Nia Jax needs to be landing punches from now on in order to keep her job.”

Jax obviously saw this tweet and decided to troll back at PW Stream and their followers who agreed with the post. The former Raw Women’s Champion tweeted back: “Experts have told me I have a great right cross.”