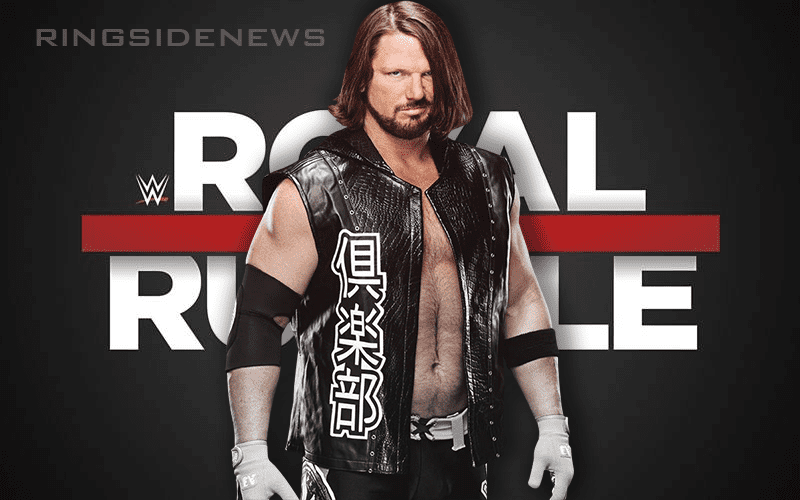 There is currently some question as to whether or not AJ Styles is going to be around in WWE much longer. He is currently negotiating a new contract with WWE and wants a lighter schedule. He might get it as well, but this could mean that WWE is hedging their bets in the meantime if they can’t lock him down for a longer deal.

The WWE Mixed Match Challenge is in its second season and the winners of the tournament will get a very good prize this time around. Not only will they get a vacation, but they will also receive the coveted #30 entries in the men’s and women’s Royal Rumble Match. But Styles is no longer in the running because he was replaced by Jeff Hardy in this year’s tournament as Mike Johnson explained on PW Insider Elite audio.

This is an interesting decision on WWE’s part which either means Styles isn’t factored into the Royal Rumble plans for one reason or another, or possibly WWE is thinking more long-term than that. After all, if Styles is able to defeat Daniel Bryan for the WWE Championship at TLC then AJ won’t need to compete in the Royal Rumble match at all.

AJ Styles will remain one of the most popular names in pro wrestling whether he signs a new deal with WWE or not. But he’s currently getting paid a ton of money, and even though he might demand a lighter schedule in his next contract, WWE might be wise to give it to him. But in the meantime, it seems like Styles is now out of the running to win the coveted #30 spot in the Royal Rumble match.