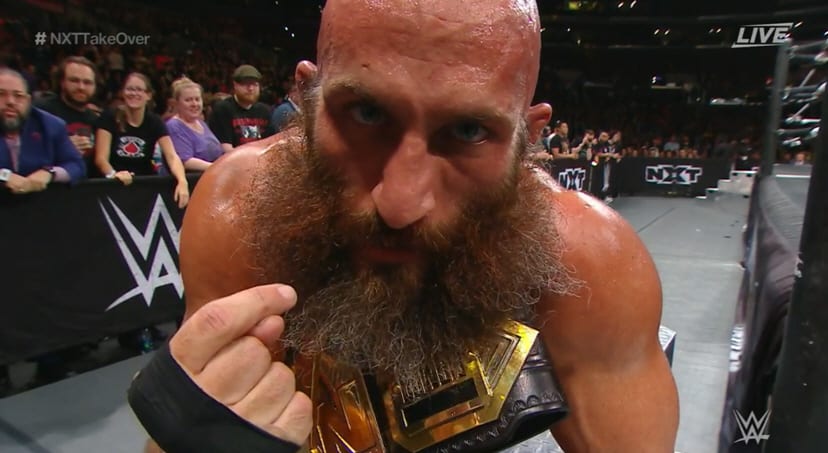 Tommaso Ciampa successfully defended the NXT Championship at NXT TakeOver: WarGames in the Staples Center on the day before Survivor Series, but that’s not the end of his story by a longshot. It remains to be seen exactly what NXT will do with Ciampa and Johnny Gargano’s storyline from this point on, but it certainly seemed that WarGames was just a bookmark in their longer angle.

Richard Trionfo spoke about the latest TakeOver special on PW Insider Elite audio where he proposed a very thoughtful and likely storyline direction for both Ciampa and Gargano which would see their feud carrying on into the future for possibly one more epic contest.

“It was exactly what I want to see in this match because it now puts Black to allow him to maybe focus on Ciampa. So if we get Ciampa vs Black in Phoenix then we’ve got that. At that point, I think Gargano might come out and help Ciampa in the sense that Gargano wants to be the one who takes the title from Ciampa and not anyone else.”

“So then that could lead to a union and then Gargano turns on him and set up their final encounter.”

It looks like NXT has a lot in store down the line for their top title. Only time will tell if WWE will hold off on calling up the major players involved though because anything can happen when Vince McMahon is in charge.

But at this point, both Ciampa and Gargano have told such an amazing story starting before the Cruiserweight Classic all the way through to NXT TakeOver: WarGames and beyond. Because even though they might not have competed in the same match in LA, their stories are still very much intertwined.