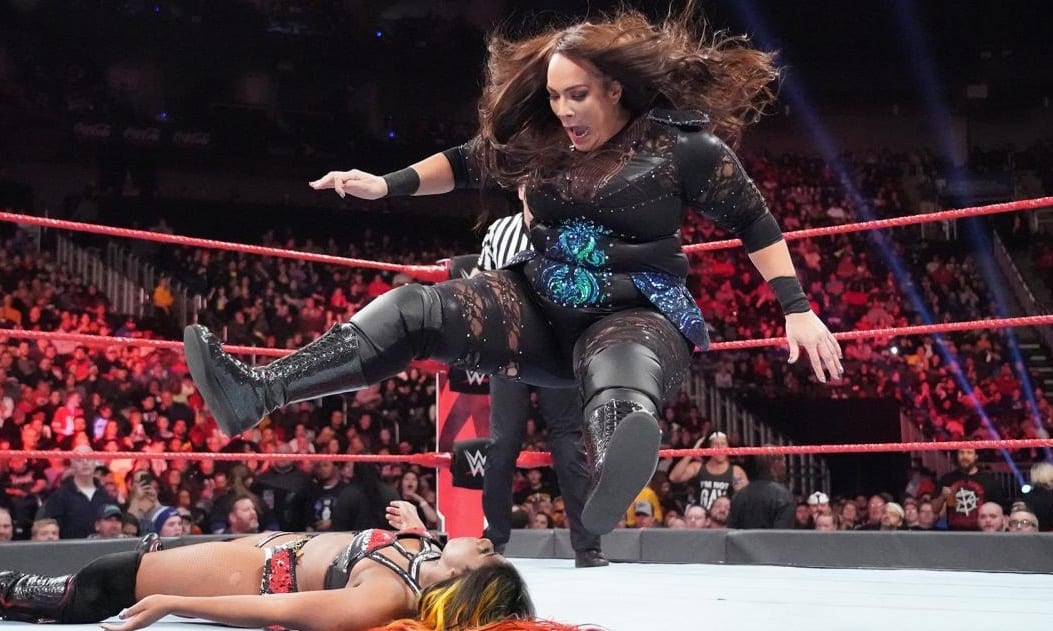 Becky Lynch is unable to work Survivor Series on Sunday against Ronda Rousey because Nia Jax punches her in the face, it’s as simple as that. Becky didn’t step into the punch, she just got whacked in the face.

Dave Meltzer confirmed that backstage heat currently on Nia Jax during Wrestling Observer Live where he explained some of the reasons for it.

“Nia… I don’t know, I really know what to say about Nia. There’s heat on Nia, yeah. I mean if she’s never hurt anyone before and accidents happen it’s one thing but it’s not. This is not an isolated incident. You know honest to god the most dangerous thing on that Raw show was perpetrated by Brock Lesnar not Jax, but you know it didn’t end up with an injury, having said that, that’s not a defense of Nia.”

“It’s too many people, you know. She’s big and when you throw with that weight of punches you know you don’t want to look soft it’s tough. I mean big guys in pro wrestling have that same problem. Either they throw stuff that looks really weak and soft or sometimes they hurt people because they’re so big and strong. I mean that’s part of it but you have to work safer.”

It sounds like Nia Jax really has some people looking at her backstage like she’s unsafe, which is understandable. She’s hurt a lot of people in the past year especially since her celebrity status has really seemed to take a preferential treatment in her overall character outside of WWE.