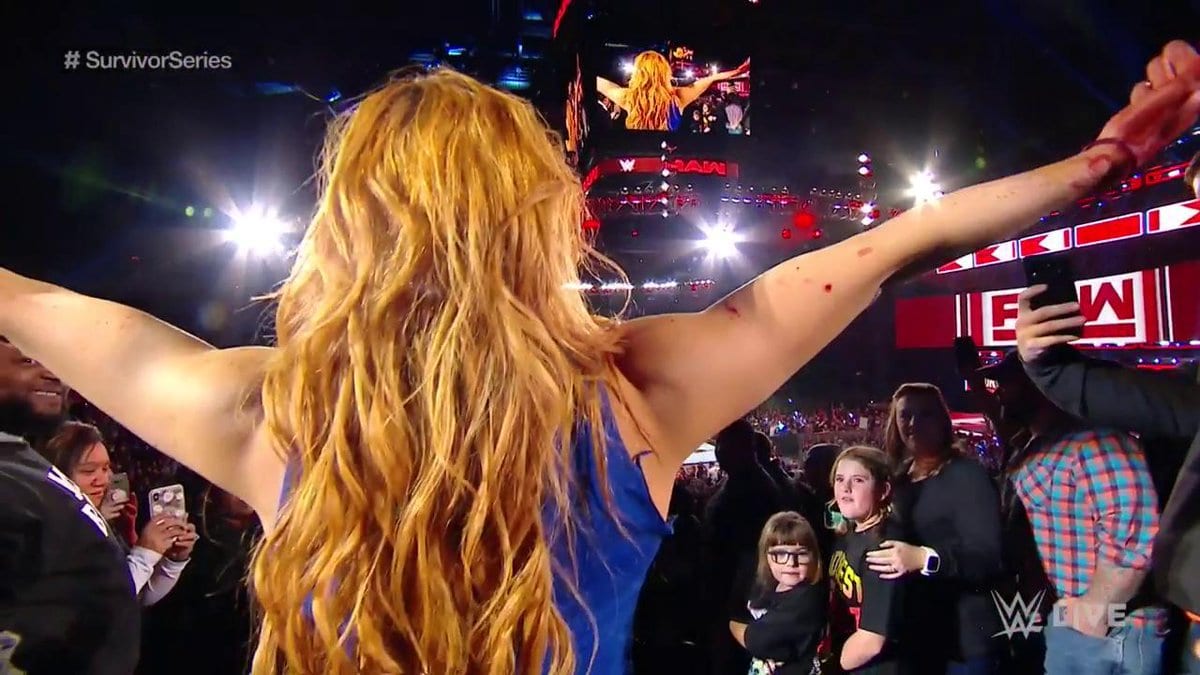 Becky Lynch showed up to the go-home Raw before Survivor Series, and she brought some friends with her. As it turns out, things got a little hectic in the ring as well leading to a bloody SmackDown Women’s Champion. If you’d like to see those bloody photos, you can check them out here.

But with all of the chaos going on all at once, some people were left wondering what happened to bust Lynch open the hard way. It should be noted that Lynch still carried on with the segment and no medical staff got involved either. After all, this was the first week Raw was operating without an overrun so they had to time things perfectly.

Our readers have analyzed the footage and thing they figured out who busted Lynch open. After watching it over a couple of times, we have to agree that Nia Jax was the culprit. You can see the spot in the clip below right as it cuts off. Becky Lynch was in the corner with Nia Jax and then Jax laid an elbow into Lynch causing her to fall to the mat and when she jumped up her face was a crimson mask.

This could be a serious injury because it looked like Lynch had been sliced pretty much all the way down the side of her nose. It still didn’t phase her though. But it was still a pretty intense way to end the night. Hopefully, it won’t damage any plans for Survivor Series. But it wouldn’t be surprising to see Lynch’s cut get re-opened in LA. After all, it looked pretty bad and they don’t have much time for it to heal before she mixes it up with Ronda Rousey at Survivor Series.

WHAT IS HAPPENING?! @BeckyLynchWWE has led an all-out INVASION of the #SDLive Women's roster onto #Raw!! pic.twitter.com/ESQNZFGXtg