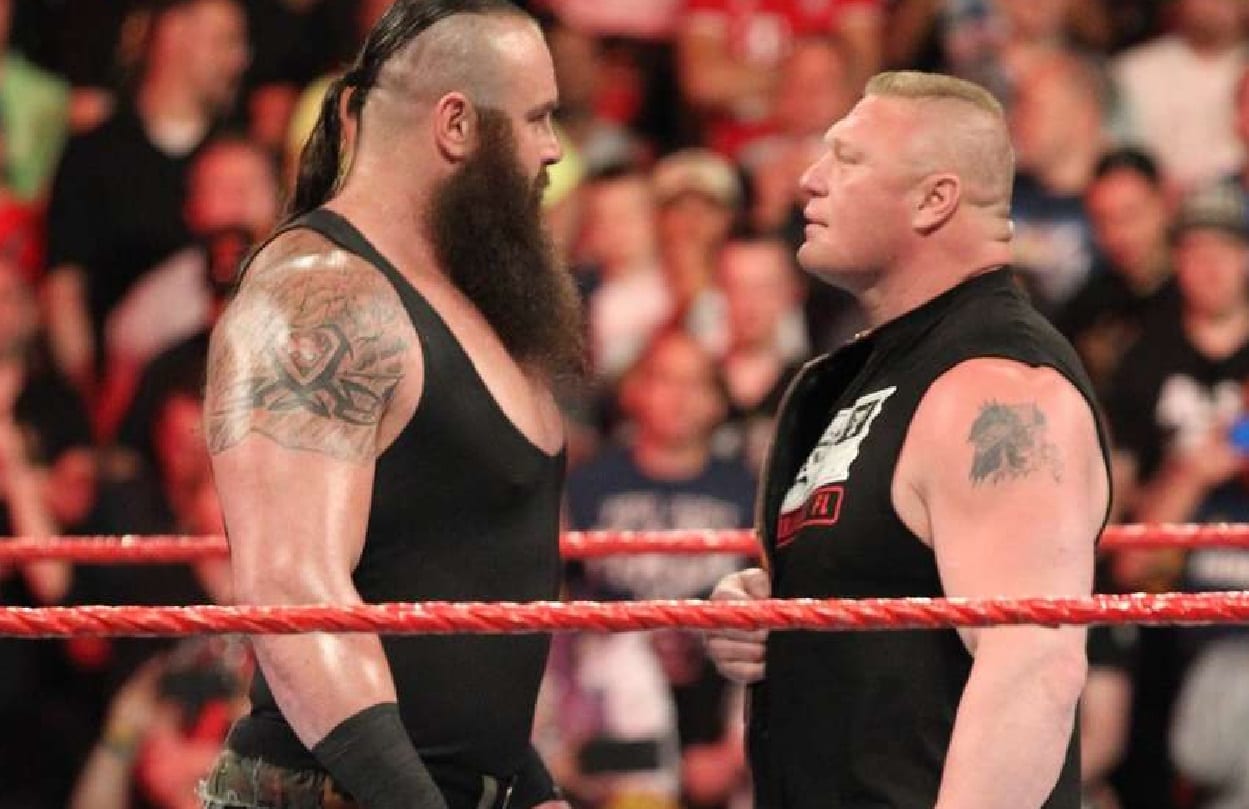 Brock Lesnar is still the WWE Universal Champion even though he doesn’t show up very often. He will be on Raw this week, but that’s a rarity and only taking place to hype his champion vs champion match at Survivor Series. But that match isn’t for the Universal Title which he has yet to defend yet since winning at WWE Crown Jewel.

The Wrestling Observer Newsletter noted that Lesnar is expected to work the Royal Rumble event on January 27th. At this stage in the game, we don’t know who he will be facing, but it could be any number of challenges. At this point, they could go with Braun Strowman at the Royal Rumble, but WWE could just as easily fit Seth Rollins or Drew McIntyre in that slot as well.

Meltzer continued to write, “There is a significant angle that is supposed to be part of his storyline going forward. The deal includes wrestlers other than Strowman” in regards to Lesnar’s future storyline in WWE.

It is interesting to note as we previously reported, that Mike Johnson said on PW Insider Elite audio that he has been told by several people that Braun Strowman is dealing with some issues backstage. Apparently, Those Hands tend to show up late and leave early during events.

Brock Lesnar can wrestle a match, squash someone, or simply show up after the main event and demolish everyone without taking a single bump. Either way, the goal is to get him to WrestleMania as Universal Champion which as we previously reported WWE has a plan for The Beast Incarnate in MetLife Stadium. And it looks like The Monster Among Men is going to do something else other than wrestle Brock Lesnar.