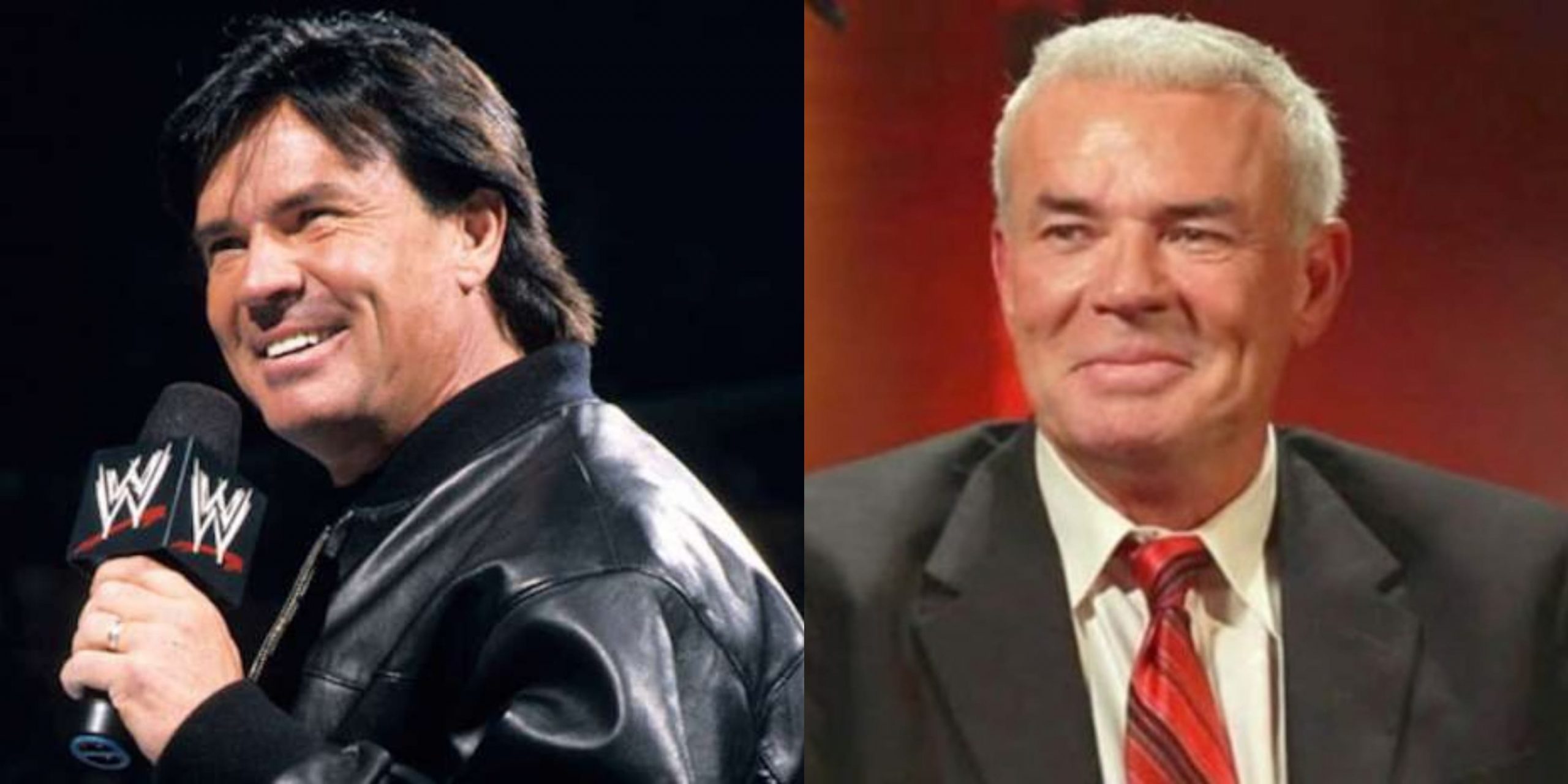 Eric Bischoff is a man that plenty of people want to know as much about as possible — especially his hair. It turns out that Easy E had a secret for a long time and now he’s not afraid to share it.

During a recent episode of 83 Weeks, Conrad Thompson and Eric Bischoff had some fun and dove into a Q&A bag for the entire episode. During that discussion which consisted of one revelation after another, Thompson brought up Eric’s hair asking him long he has been dying it and the former face of WCW wasn’t shy in the slightest about sharing that he started dying his hair over 40 years ago.

Bischoff said that he started getting grey hair very early around 23 and 25 years old. He said that he plucked his first grey hair out in his early 20’s and he just thought the hair had died. Suddenly, he started seeing more and he thought they were all dying out. A year later he was about 50% silver-haired.

“I kinda tolerated it by the time I got to AWA and I knew I was going to be on camera I was grey enough that it started to bother me because I was still 50-60% grey. So I started dying it and once you start dying it and you’re on camera — you’re pretty much stuck with doing it, right? I did it all through the AWA and of course I got to WCW right off of doing ESPN for AWA and I had dark hair, so there in WCW and before you know it, you’re in your 40’s and you’ve been dying your hair for 15 years.”

Eric Bischoff is currently 63-years-old and he wears his silver foxed look well. But at 25-years-old it was probably a good idea to dye his hair seeing how he was on television for a living. But this is also how he was able to go grey so quickly as he did in both WCW and WWE during his time with those companies.

After all, if Bischoff hadn’t dyed his hair in the AWA, who knows if it would have meant a transition into WCW, especially in a leadership role. So when you think about it, in a strange way you can thank the boom that was the Monday Night War to the fact that Eric Bischoff decided to start dying his hair at such a young age.