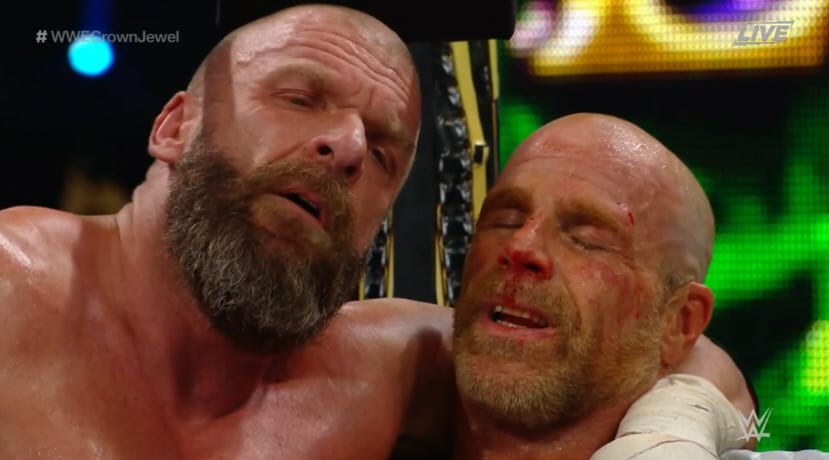 Below are several notes coming out of today’s WWE Crown Jewel event.

– WWE announced that Triple H suffered a torn pectoral muscle in his tag match with Shawn Michaels taking on the team of The Undertaker and Kane. PWInsider reports that Triple H is already headed back to the states to get surgery. F4WOnline mentioned that the reason the match fell apart had to do with Triple H getting hurt.

– Shawn Michaels landed on his head doing the moonsault spot to the outside of the ring. Shawn was cut over his left eye and bleeding from the nose by the time the match ended.

– The Miz was not actually injured, for those who have asked. This was an angle planned the whole time, including Shane McMahon’s victory in the Best in the World tournament.

– WWE did no propaganda for Saudi Arabia and never used the words “Saudi Arabia” on the show. They did however use the words “Riyadh” for the location.