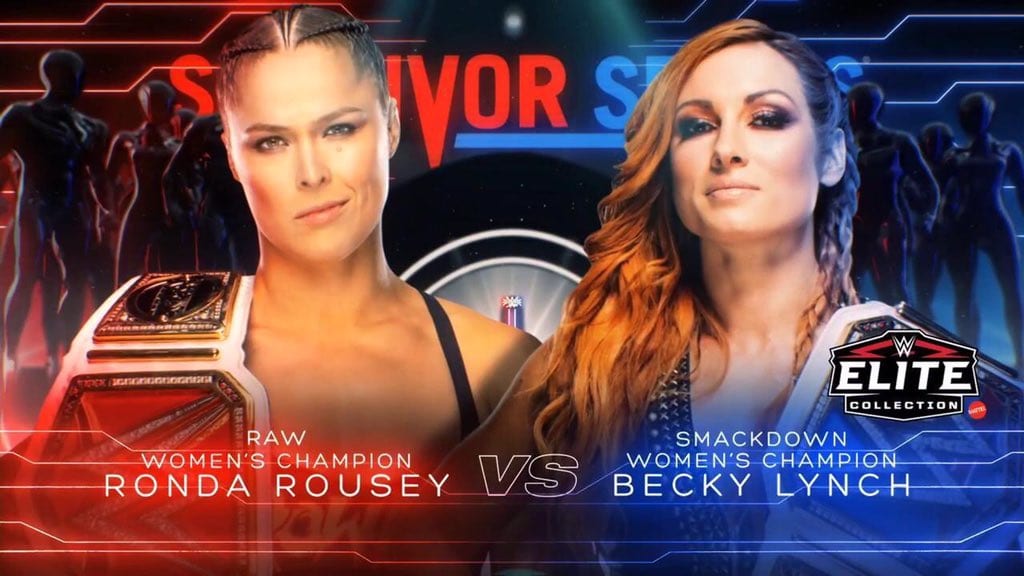 WWE Crown Jewel is in the books and we got through the entire event without them saying Saudi Arabia or King Saud University Stadium. The event had plenty of big surprises including a new Universal Champion who is very familiar with the belt but there was no woman’s wrestling match on the show.

Renee Young did get to commentate during the event but she wore all black and her body was covered to her hands — even though they could show her face uncovered. It was a pretty big deal getting Young on the show in the first place.

WWE respects the customs of KSA very much so, especially after accidentally showing Carmella on the screen during a WWE Network promo at the Greatest Royal Rumble in April. Therefore, the company was very careful about not offending them this time.

After the Universal Title match squash of Braun Strowman, they aired a hype video showing slides from upcoming Survivor Series matches. The crowd popped big time when Ronda Rousey and Becky Lynch were shown on screen, but it’s interesting to notice that WWE used a different graphic for the WWE Crown Jewel show.

As you can see in the tweet below, the graphic they have been using shows bare shoulders and much more skin than the new graphic which appears to have much more clothing on the Superstars in the photos and it’s also zoomed in much more.

Hopefully, WWE doesn’t get in trouble for showing this graphic on the screen, but it certainly looks like they tried really hard not to get another threat from Al Qaeda like they did last time after the offensive images of The Princess Of Staten Island was shown in Jeddah.

Thanks to @joolsevelyn for spotting this: The first graphic was on SmackDown, while the second graphic was on Crown Jewel. pic.twitter.com/Bp4sdkdeYz