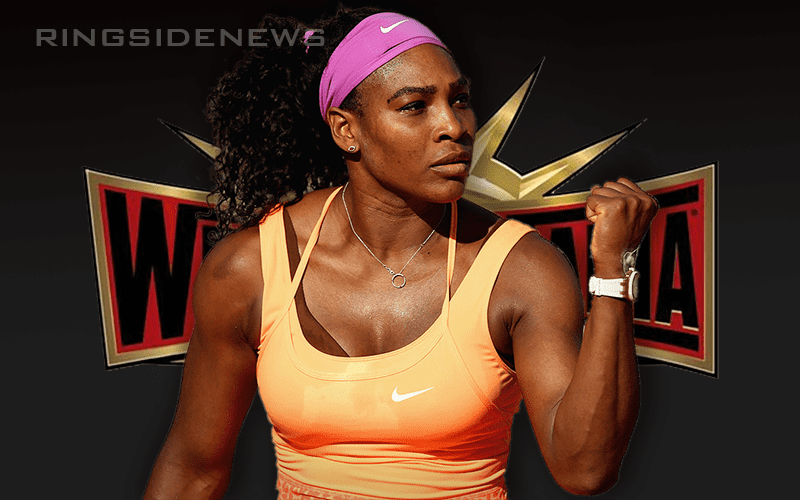 WWE is always trying to make sure their WrestleMania event crosses as many barriers as possible when it comes to bringing in big names from other sports and areas of entertainment. Now it looks like they could be closing in on one of the biggest names in female sports: Serena Williams.

Stephanie McMahon spoke to The Sun recently about wanting Serena Williams, and Joe Peisich said on Barnburner’s No Holds Barred podcast that Stephanie McMahon, who along with her husband was responsible in bringing in Ronda Rousey want to get the legendary tennis player, Serena Williams fo appear at their biggest show of the year.

Only time will tell what happens in this situation or even how far talks go if they materialize into anything at all. But Joe claims that there is at least interest from WWE’s side in bringing in the world tennis champion. The biggest question in our minds is what kind of role they might be trying to get her to play if she’s not working a match.