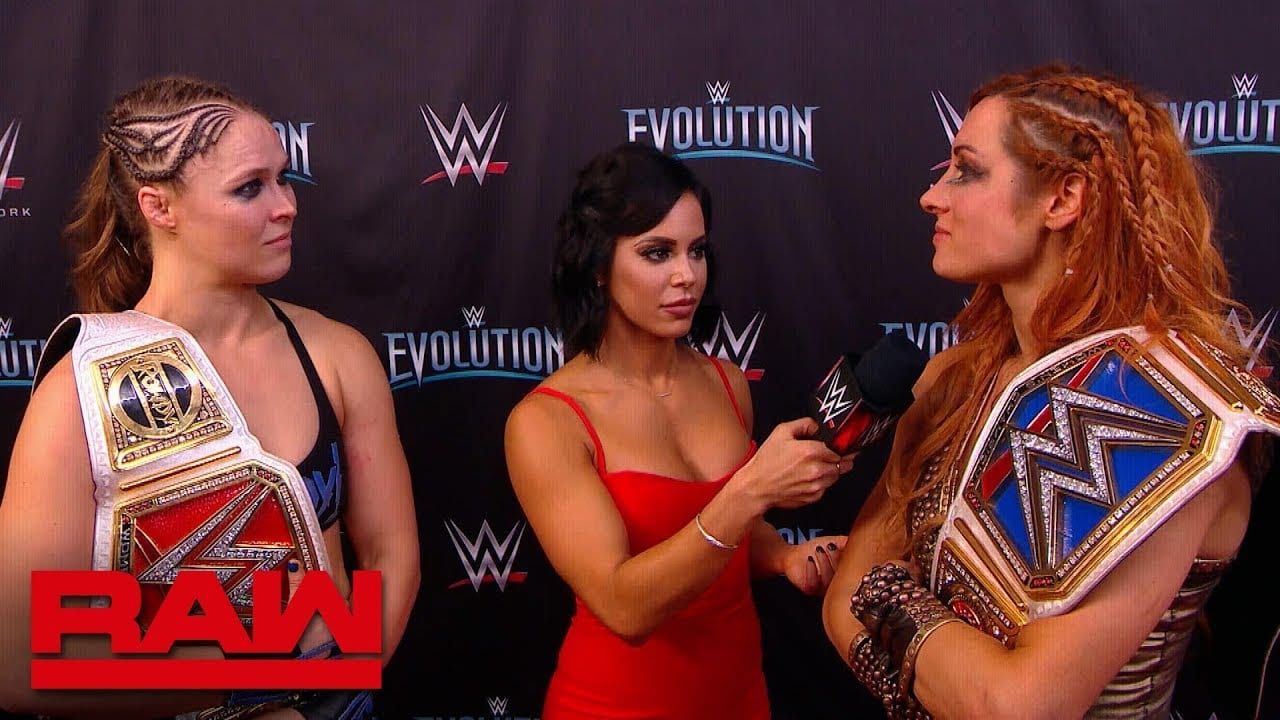 Ronda Rousey vs Becky Lynch is slated to take place at Survivor Series in a non-tile match supposedly meaning that the championships will remain around those women’s shoulders until November 18th event — but the kickoff for their feud wasn’t supposed to be at WWE Evolution.

There are reports that suggest WWE changed their plans at the last minute and WWE Evolution was supposed to conclude with Becky Lynch beating down Ronda Rousey after a hard-fought victory over Bella. But that is not the case according to our sources.

They shot an angle which aired, but it aired when they wanted it to. WWE.com included a description of Rousey and Lynch’s altercation saying: “The Rowdy titleholder’s celebration was short-lived; just moments after she and Becky stood triumphantly side-by-side along with the rest of the female Superstars in the culmination of the monumental event, The Irish Lass Kicker unleashed a vicious assault on her fellow champion backstage.”

But this was not meant for WWE Evolution or the close of the event. Our sources have confirmed that a champion vs champion match was always the plan for Survivor Series, but the segment that they showed on Raw between the two was never meant to be aired for the Evolution event.