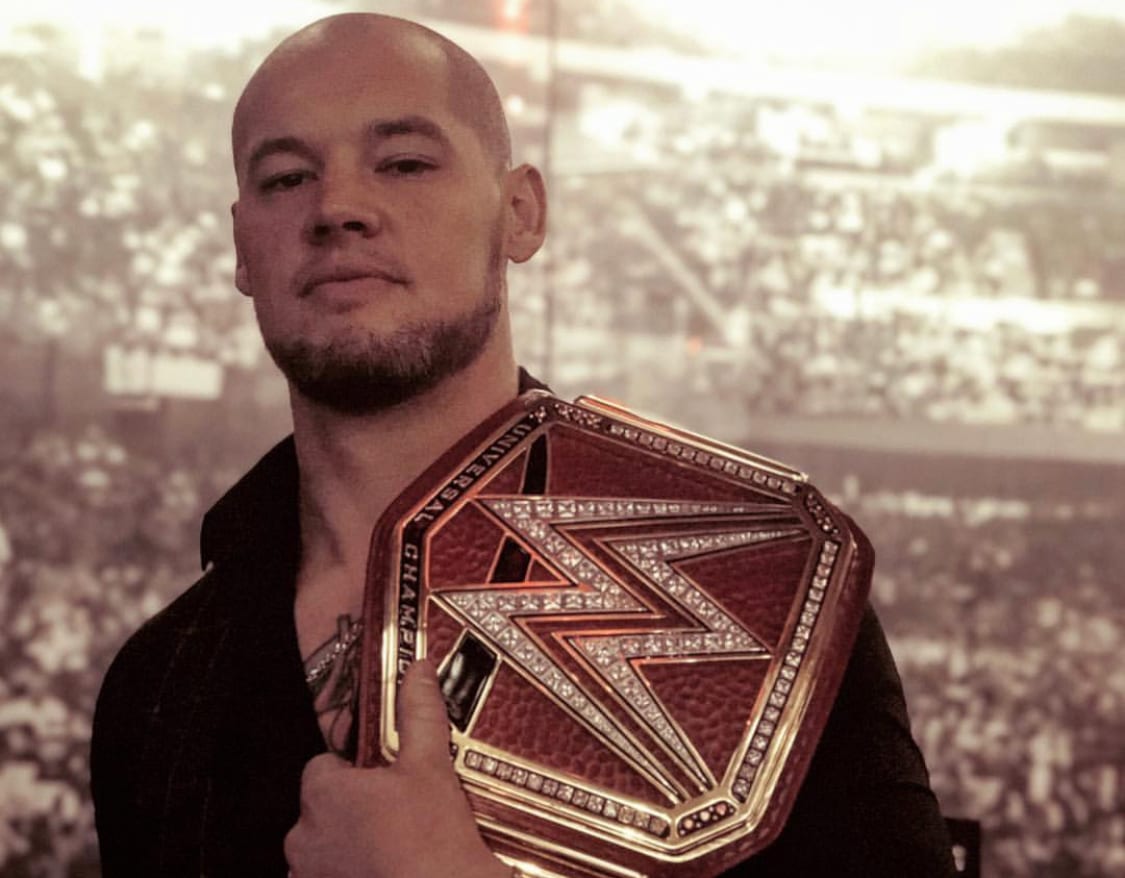 Baron Corbin has a lot of power in WWE at this point. He is the Raw General Manager, a position that he gained after Kurt Angle had to take a forced vacation and Corbin’s role of Constable was simply transitioned over. Now he can make matches and he even got ot hold the WWE Universal Title last night during Raw where Brock Lesnar and Braun Strowman had their confrontation.

Of course, things didn’t turn out too well for Baron on Raw, but after 2 running powerslams from Braun and Lesnar laughing at his misfortune — at least he got to take some cool pictures holding the Universal Title.

Upon viewing these pictures the next day, Baron Corbin had a moment to reflect as he said: “You know it looks good. I’ll tell you it feels good too. I need to see about making this permanent.”

Corbin holding the UT during the segment on Raw last night made quite a few fans perk up and take notice. Yes, it is interesting to see, but in a WWE that is transitioning after losing one of their biggest stars and the earmarked face of the company, they have quite a few options. If anything, Baron Corbin seems more than willing to carry the Universal Title again whenever they need him to, even if he’s just bringing it to the ring.

After all, if anything he can just keep booking himself in matches for the Universal Title until it happens for him.