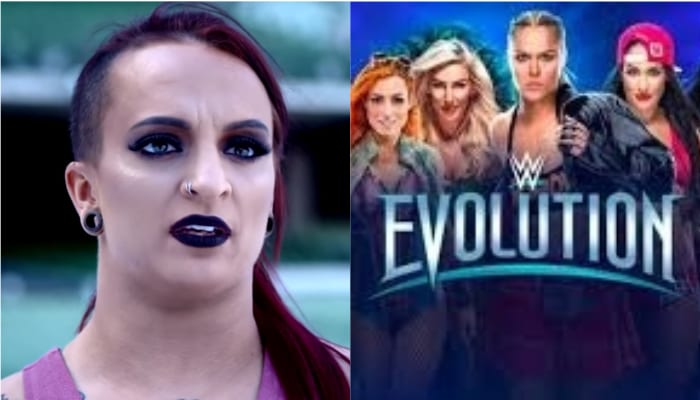 WWE Evolution is going to be a landmark night in WWE Women’s History. They’ve been fighting very hard for a long time to get a night all to themselves and it’s finally happening tonight. Now as the WWE Universe gears up for the big show, there are still some people who are sitting quietly by the side just to see what happens.

Ruby Riott is no stranger to fighting for her place and as a member of the WWE Raw roster now and leader of the Riott Squad — she knows what it takes to be tough enough to deserve a spot. She recently spoke about WWE Evolution and how the women’s division is going to show the world what they can do. She also took a moment to address those who are waiting in the wings to watch them fail.

“I definitely think that there’s a different feeling, a special feeling for Evolution. To Be honest I feel like every time we’ve been set up we’ve always knocked it out of the park as a division itself and I think think this is another challenge that has been brought in front of us.”

It’s interesting how Ruby didn’t specify “fans” there and just said “people.” There could be more intentions behind that wording than we might think.

We previously reported how there are some in WWE management who aren’t taking WWE Evolution as the biggest deal that it could be. Only time will tell if they prove their doubters wrong — but we have a strong feeling plenty of people will be leaving WWE Evolution with a new status as they impress plenty of skeptics in the process.