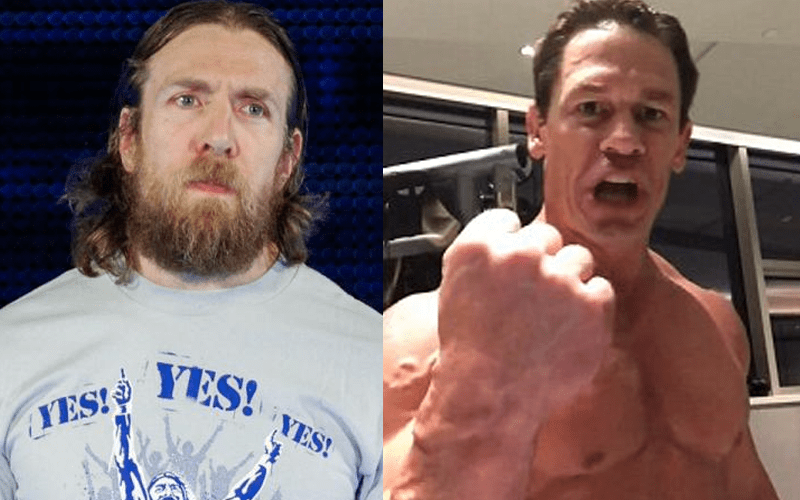 WWE hasn’t had the national spotlight on them in this way for a very long time, if they ever have in this way before. But Vince McMahon has found himself in a pickle with the Saudi Arabia deal he signed for 10-years. It’s not even a year into the deal and things seem to be crumbling all around him in a political sense, but he just doesn’t understand what the problem is.

There have been rumors out circulating that neither John Cena or Daniel Bryan wants to go to Saudi Arabia for Crown Jewel and Robbie Fox of Barstool said they “refused” to go. Dave Meltzer also reported in the Wrestling Observer Newsletter that several WWE Superstars have expressed their concern about going as well.

Our sources have confirmed to us that both Cena and Bryan have expressed their interest in avoiding the Crown Jewel event. Daniel Bryan has a huge moral conviction to the idea and also has a public profile, but nowhere near to Cena’s.

Since John Cena is a huge movie star already and slated to possibly become one of the biggest box office draws next to The Rock, his association with the country might be ill-timed.

For that matter, we have also previously reported speculation that WWE’s deal with the Saudi Arabian government might have also greatly contributed to why The Great One decided not to do anything specific for SmackDown 1000 except for sending out a tweet a couple of hours before the show went on the air.

Only time will tell if WWE will need to reshuffle Crown Jewel or they might be able to offer enough money to make this problem go away. But at this time, our sources said John Cena and Daniel Bryan’s status for Crown Jewel is not a lock at all.