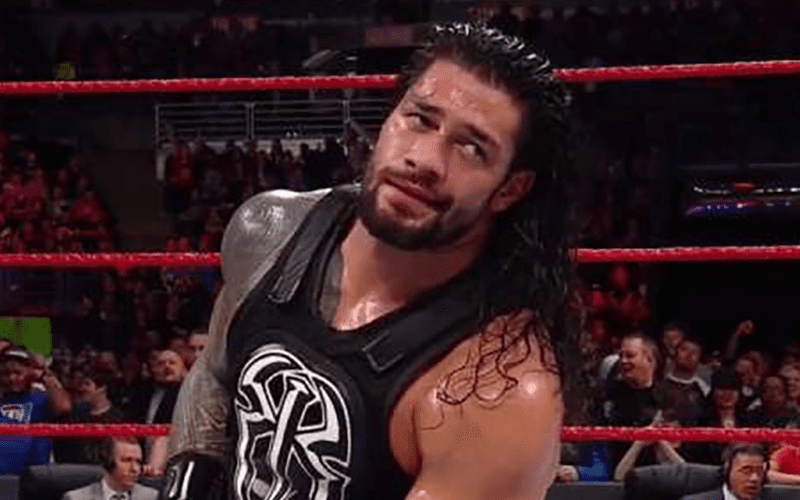 Roman Reigns has a lot of pressure on him to be the Big Dog and carry WWE on his back as a fighting champion. But it seems like he might have put his body through a little too much abuse.

Reigns didn’t work any of the WWE house shows this weekend even though he was advertised. We previously reported on a rumor saying he was injured and promised to follow up with more information as it came to us

Our good friend Mike Johnson PW Insider said Reigns was seen working out before Raw in the Providence Civic Center so apparently, he was simply given the weekend off. It was said that he didn’t show any signs of injury, however, could be more to this story.

Brad Shepard stated that his sources have confirmed that Reigns is injured, but it’s apparently not bad enough to cause him to miss television dates. The point was later made that it is possible to work out and be injured at the same time.

Well, we certainly know that Mike Johnson didn’t see him in a gym. 😂 Let’s assume Mike Johnson is correct about Roman being seen working out. Who cares? Both can be true, if it’s something minor. Tonight will be telling. https://t.co/fwQWVOAnDD

Reigns is a workhorse champion and at this point, it’s easy to understand why he would put on a brave face and carry on as a locker room leader. Only time will tell but the real determining factor is going to be whether Roman works any kind of grueling match on Raw tonight as he prepares for WWE Crown Jewel.

I suppose if you’ve never worked out before in your entire life, you could believe that you can’t be banged up, get a weekend off and still get in an appropriate workout.