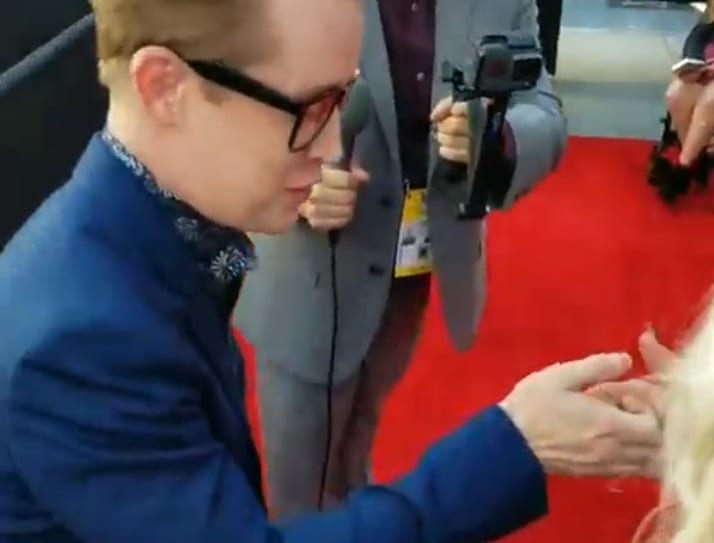 Macaulay Culkin is a huge pro wrestling fan and has been known to put on bunny ears and sit in the front row of high-profile indie events. He’s even gotten involved in the action a time or two as well. But a recent run-in with WWE Superstar Mickie James at a red carpet event didn’t go his way.

Mac challenged James to a wrestling match — a thumb wrestling match. The 2 were soon declaring a thumb war with each other, but the veteran Mickie pulled off the W and was able to save her nails in the process as well.

The Home Alone star didn’t go all Good Son on the 6-time WWE (Women’s and Divas) Champion, but instead, he took the loss in stride. He simply thanked Mickie James for her time and left. But it was still a great celebrity interaction.

Cathy Cardenas, James’ PR rep posted a cool little video of the encounter and Mickie’s victory over The Incredible Culk.