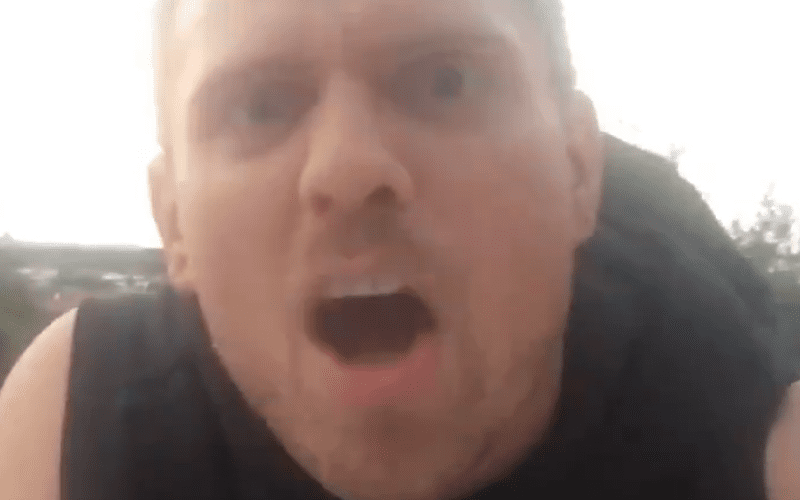 SmackDown Live Superstar The Miz has an impressive resume. From his efforts as a WWE Superstar to his hosting and acting gigs, the former Intercontinental Champion has more than proved his worth in the physical realm.

To this day, however, The Miz is still seen as a joke by many. In fact, some would go so far as to say WWE feels the same way, as he was intentionally forced to lose against Daniel Bryan at Super Show-Down in a quick bout, which subsequently led to jokes about how long the “A-Lister” can last.

The biggest reason The Miz seems to garner these opinions is because he was part of a show known as Real World before he ever came to WWE. Coming to professional wrestling with a background in reality TV shows meant Miz had to adapt and prove he wasn’t looking for another avenue to fame.

In an interview with The Mirror, Miz goes into detail as to why he feels his time on the Real World has led to a lack of respect from people and still continues to this day. In fact, the former WWE Champion doesn’t believe he’ll ever get the respect he deserves.

“I will never get the respect I deserve because I was on a reality show. Whenever you’re on a reality show, you’re the scum of the earth. You have no talent, you’re a nothing and you deserve nothing. That’s the way I’ve been brought up and how I feel people look at reality [television]. Do I look at it that way? Absolutely not; I thank my lucky stars I was on a show like The Real World on MTV and I thank them for putting me on that show because it gave me the ability to say ‘I can do anything I want with my life.’”

“So I have always had that chip on my shoulder and always will. Do I think I’ll ever get the respect I deserve? No. But especially now I’m on my own reality show, and I really don’t like to call it a reality show, I like to call it a docu-series because it documents when it’s like to be first-time parents in the entertainment industry. I like to think it’s a different type of show, but now that I have that, it puts even more ammo against me. But, maybe now, people will look at me and say ‘this guy can lead a show.’”

“If people start switching and start respecting me, I’ll find a new drive and a new fire, but I don’t think that’s going to happen. Are my peers starting to respect me? I think they’re starting to see my value and that they see I work hard. How many other people are doing this media interview for the UK? Probably not many. And I’ve problem spoken to you all. It’s just the thing that I am always doing media, always working and always going non stop, because I believe that hard work beats talent when talent doesn’t work hard enough.”

The Miz is currently set to face numerous other WWE Superstars at WWE Crown Jewel in Saudi Arabia this November. He defeated Rusev in an extremely quick match this past week on SmackDown 1000 in order to join the match.

Do you respect The Miz? Do you understand where he is coming from? Let us know your thoughts, opinions, and reactions in those comments below.

With H/T to The Mirror for the transcription.