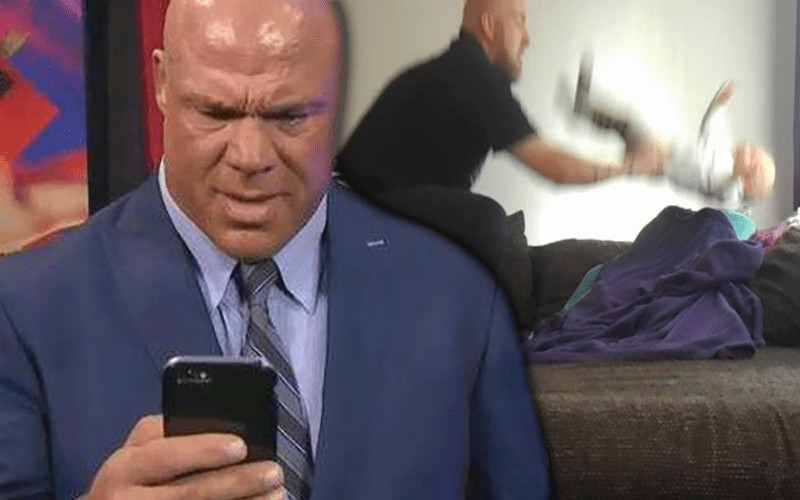 Kurt Angle has taken part in plenty of amazing stories in and out of the pro wrestling ring. He is inspiring as all get out, but he might have had too much of an impression on one fan.

Angle recently took part in yet another informative Q&A on his Facebook page where he was asked a rather interesting question. It seems that one fan has developed a liking to applying Angle’s signature ankle lock on his younger brother who happens to be 9-months-old.

“The last time I tried the Angle Lock on my younger brother I almost broke his ankle. So is there any safer way of applying Angle lock to a 9-month-old?” the fan asked. We’re hoping that he was just trolling the Olympic Hero because Angle’s reply was pretty light-hearted as well.

“How about letting the 9-month old apply it on you?” Angle responded with a “thumbs up” emoji. Obviously, Angle isn’t approving on anyone doing his moves outside of a pro wrestling ring with training — that is why WWE tells fans to not try this at home. But maybe they need to be more specific and flat-out say that you shouldn’t put babies in ankle locks from now on.