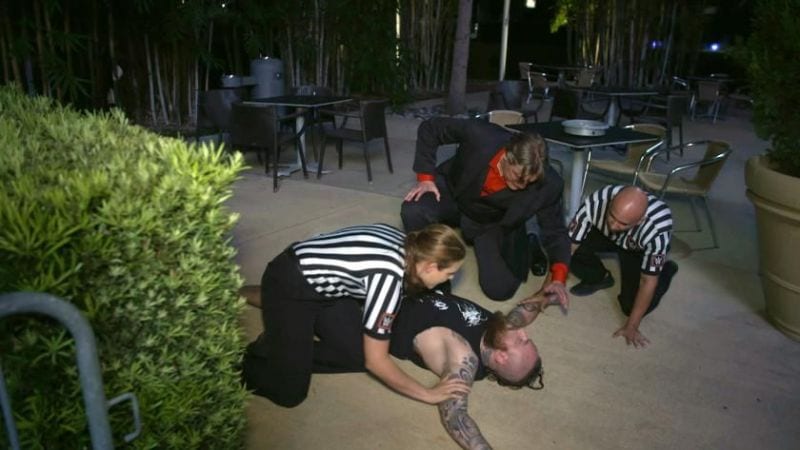 Aleister Black was NXT Champion and set to get a chance to reclaim his NXT Title from Tommaso Ciampa — at least that’s what happened until he was attacked backstage. Actually, he suffered a legit injury but it wasn’t too bad. However, the storyline of who attacked Black still lingered on.

There were times when William Regal played the part of detective interviewing different people for information. Nikki Cross gave a big clue because she claimed to know who did it, but she’s crazy and often discredited because of it.

But at tonight’s television tapings at Full Sail on the way toward to build to NXT: WarGames which will take place the night before Survivor Series in LA, Aleister’s attacker was revealed.

William Regal was about to announce Tommaso Ciampa’s opponent at WarGames when Velveteen Dream walked out. Then Lars Sullivan followed him before Aleister Black was attacked by none other than Johnny Gargano. Then Johnny Wrestling took off and when Black got back up, he got in Regal’s face and asked where Johnny Gargano was.

So it looks like this is a huge deal for not only Aleister Black but also Johnny Gargano because it appears that Johnny Wrestling has finally gone heel and possibly lost his mind just a little bit more this time.