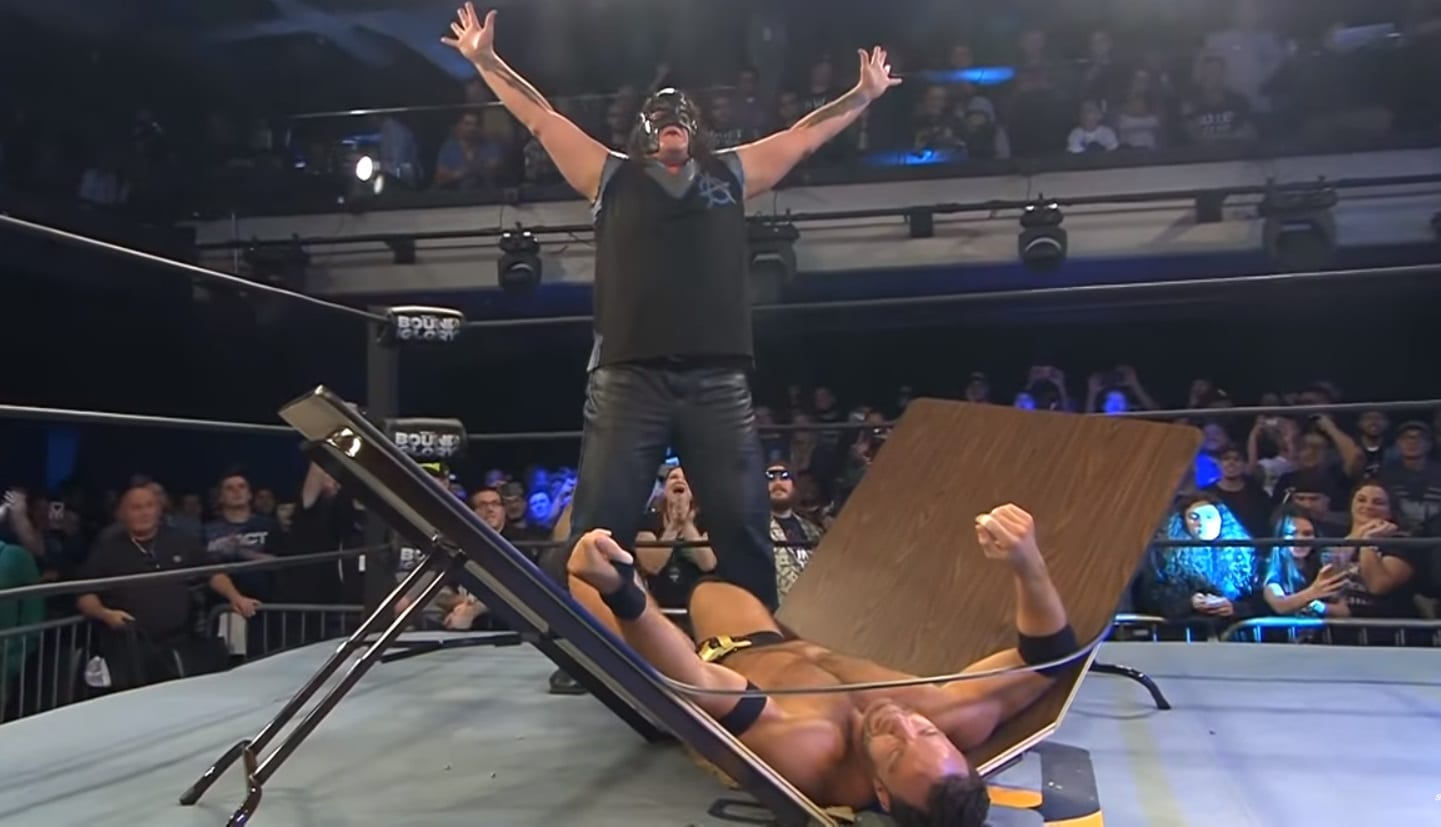 James Ellsworth was a big surprise for Impact Wrestling’s Bound For Glory event but he wasn’t received well by the crowd at all. Chants of “F*ck you Ellsworth” came from the crowd and they were loud mainly because the fans were expecting to see Chris Jericho in that role.

Eli Drake defeated his mystery opponent pretty quickly and then he demanded a new challenger. Then Abyss came down and put him through a table for good measure.

Mike Johnson noted on PW Insider Elite audio update exactly why Abyss was booked in this placement on the BFG show. It turns out this was likely a one-time deal for The Monster and the Namer Of Dummies because of the honor that was given to Abyss on the previous night.

“That was obviously set up to let Abyss get a big pop the day after he was in the Hall Of Fame. It was fine, the audience liked it. They liked Eli Drake way more, they hated the Hell out of James Ellsworth.”

We previously reported that James Ellsworth was booked well in advance meaning he was not a last-minute replacement for Chris Jericho. But only time will tell when the next time Chris Jericho will surprise fans by showing up when and where he’s not expected.

But it sounds like there is no plan for Abyss’ attack to pay off down the line with Eli Drake. Because at Bound For Glory, Impact Wrestling just wanted their newest Hall Of Famer to get a big NYC pop.