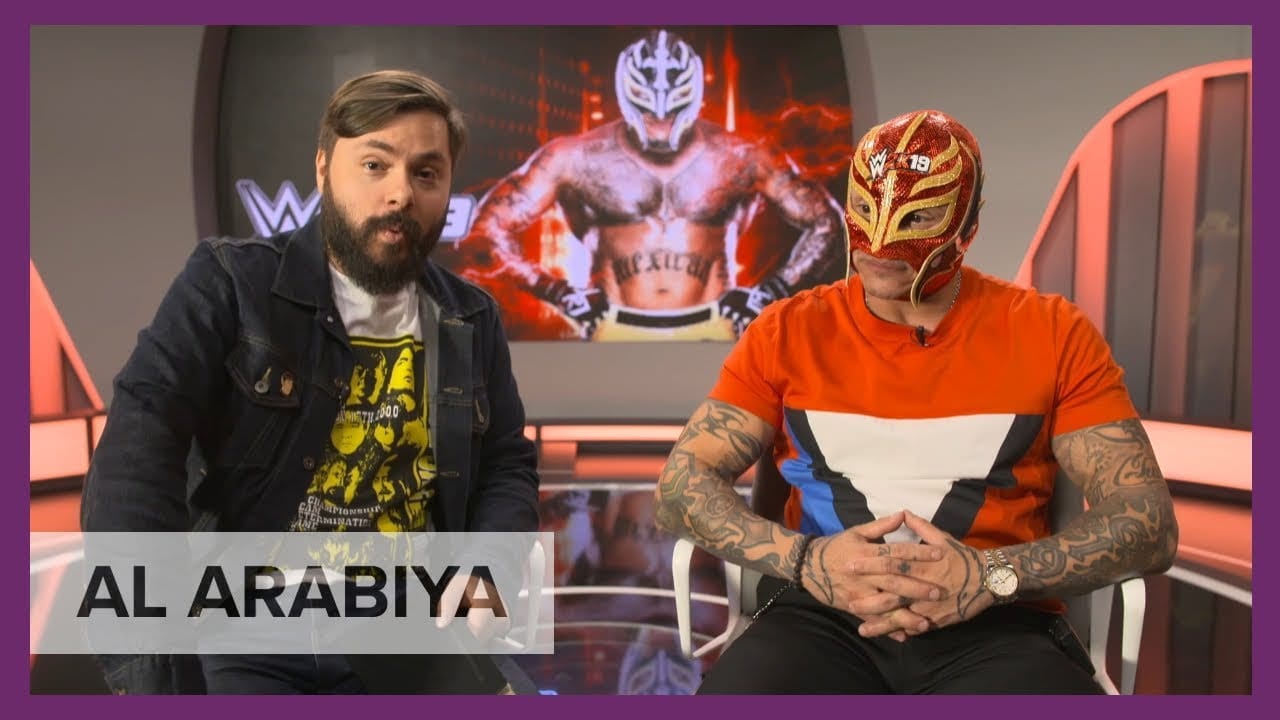 Rey Mysterio has officially signed with WWE on a two-year contract and returns to action tomorrow night against Shinsuke Nakamura in the World Cup Tournament. In a recent interview with Al Ariyiba, Mysterio gave an insight into the struggles that Superstars on the 205 Live brand face, revealed if he has the same amount of love for wrestling he did when he debuted decades ago, and named some talent he feels will be the future of WWE.

At just 14 years old, Mysterio made his professional wrestling debut back on April 30, 1989. That is a very long time ago. Given Mysterio is now 43, there is no denying the passion the luchador has had for this business. Years after his debut, he still continues to make a name for himself. Mysterio was asked whether his love and passion for the business remains the same as the day he made his debut.

“It- the love is definitely not gone, it’s there. It’s on a different level, you go through phases. You go through levels in your career. The moment that I stop feeling what I feel for this sport, that is the moment I need to step away. I don’t need to do this for money or to satisfy anybody else, for this matter. I think it is a personal satisfaction to be able to do what you love to do and to transmit that feeling to your fans around the world because that is… that is genuine. You can’t fake that, replace that. That just comes from the heart.”

Mysterio was a focal point of the WCW Cruiserweight division, and it wasn’t easy for the former WWE Champion to transition from being known as a Cruiserweight to a Heavyweight. Talent on 205 Live appear to be in the same situation, as they are relegated to that brand and are known as such.

“It’s definitely a transitional game. You have to pretty much put in the work wherever you’re placed and be the best that you can be. When the time is right, there is gonna be another opportunity for you somewhere else. I don’t know where that’s gonna be, but you’re obviously gonna get spotted and they’ll grab you and put you over here, in something better. There’s no way you can go backward, you have to move forward, but you always have to put in the work and be the best that you can be. That is what worked for me and that is what happened to me.

“Obviously, I’m not completely [reliable]; different era, because they didn’t have 205 Live, they didn’t have an NXT. It was either RAW or SmackDown, Nitro or Thunder at the time for WCW. I mean, I still go back and talk about my tryout match for WCW, [which] was at [The] Great American Bash- a PPV. You don’t see that anymore. It was just a different era. To have been given the opportunity to perform on such a big platform for the first time, there was no other option. Either you did great, or you failed. There was no failure for me, I knew I had to succeed no matter what.

“Wrestling against Dean Malenko for the first time at a WCW PPV- I had to put in the work. Dean Malenko was such a great role model for me and such a great mentor to guide me with the American style because it was- I knew nothing about the American style. I had been doing Lucha Libre for the past eight years. So you know, you live and learn as you go through the levels of wrestling or the phases of wrestling. You have to make the best out of the situation you’re in and I think that’s what is happening right now with a lot of the talent. Whether you’re on NXT or 205 Live, you have to be the best that you can be to eventually get pulled out of there and taken to the main roster.”

Finally, Mysterio explains which talent he feels can be leading guys moving forward.

“I think NXT has a lot of talent. I think Ricochet is one of the guys who will eventually make it to the big roster, and I don’t know whether that will be RAW or SmackDown, but there’s a lot of potential. That whole NXT title has been floating around between three individuals that have the potential to become some of the greatest Superstars of the future of WWE. Without a doubt, there is a lot of talent that is eventually going to make it to RAW or SmackDown, they just have to be patient. There’s a patience game as well. You have to make the best out of the moments that you are given.”

If you would like to hear comments by Mysterio on his return at the Royal Rumble, you can click here to see more.

Do you agree with Mysterio’s comments on 205 Live talent? Which NXT Superstars do you feel will be best suited to the main roster? Let us know your thoughts, opinions, and reactions in those comments below.