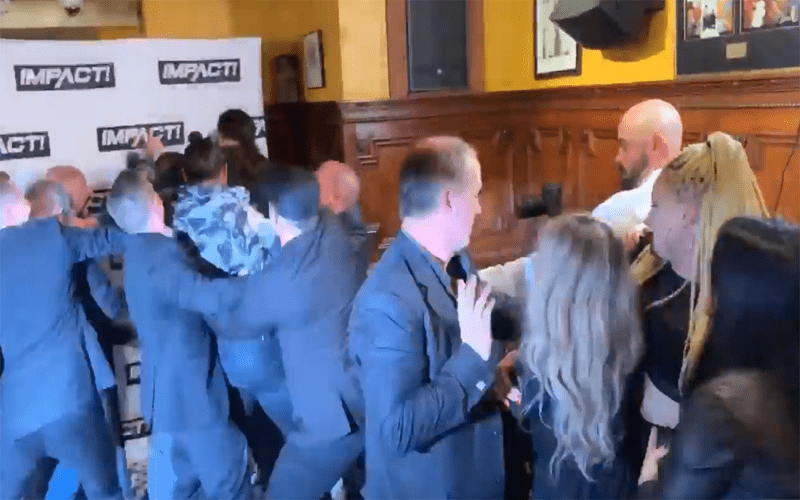 The rivalry between Austin Aries and Johnny Impact has garnered serious attention within the past week, as their storyline has seemingly become real. With Aries making controversial comments on social media towards Impact’s wife, tensions are running high.

This rivalry crossed the line into reality when Aries referred to Taya Valkyrie as being “husky,” also using the word “retarded” in his tweets. This offended Impact, who is set to challenge him for the Impact World Championship tonight at Bound for Glory. Many other fans were furious at Aries for using such words. This is even more notable, as Valkyrie is not involved in the storyline between her husband and Aries. In fact, she is set to challenge Tessa Blanchard at the PPV tonight for the Impact Wrestling Knockout’s Championship.

In the subsequent days, Aries and Impact would both delete negative tweets towards one another after Impact management were forced to intervene, as the language used in the tweets did not meet the values of their company.

However, at the press conference to promote the bout between the two, Aries took another shot at Impact, claiming his challenger is taking all of this out of proportion and is attempting to capitalize on the situation, noting that Impact was involved in a segment on TMZ Live to promote his time on this season of Survivor, where he spoke about what Aries had said.

Things quickly got intense after Aries said that, as the two began to brawl, causing the various personnel to attempt to break the two competitors up. While Josh Matthews called for the feed to be cut as this was serious real beef, the two exchanged a plethora of insults, with Aries audibly swearing continuously at his challenger.

In a video posted by Jason Soloman on Twitter, you can both hear and see this altercation take place:

So things got a bit heated at the end of the ceremony pic.twitter.com/EbRAC33ShJ

Do you believe this is real? Are you watching Bound for Glory? Let us know your thoughts, opinions, and reactions in those comments below.