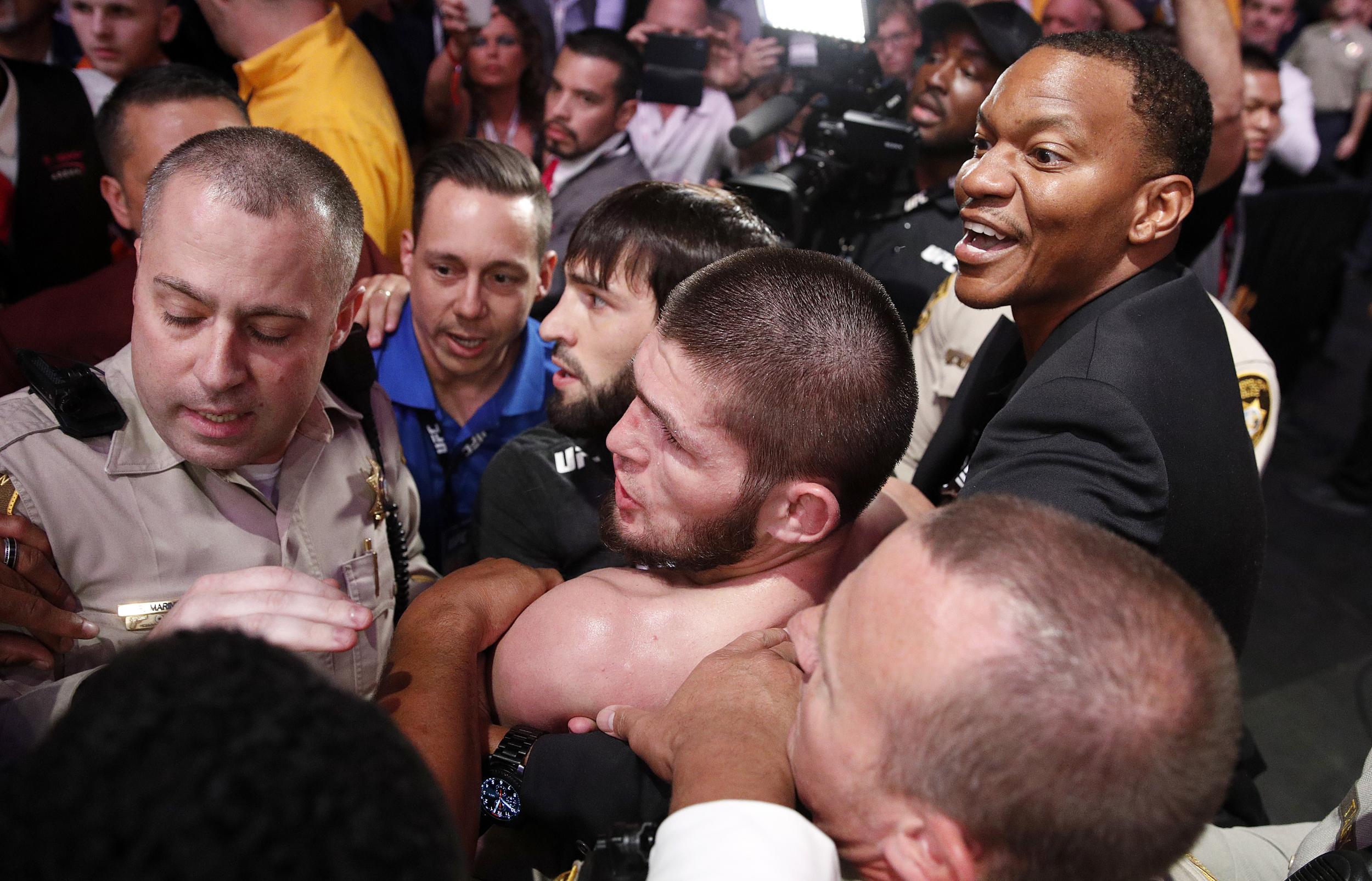 UFC 229 didn’t turn out the way Conor McGregor thought it would at all. He ended up getting choked out near the end of the 4th round by Khabib Nurmagomedov. But it was what happened after the fight that really made headlines.

Khabib jumped out of the Octagon and attacked a fan and then another fan soon climbed over the Octagon to take a swing at McGregor. A melee soon ensued and a riot followed. It took police a lot of effort to restrain the angry fans at the end of this one as the T-Mobile Arena broke out into chaos.

Shane Hurricane Helms was apparently there, but as he updated on his Instagram, he ran back to the casino and hid as soon as things started to go bad. He could have probably defended himself because he’s a superhero, but he obviously didn’t want to test his powers.

What happened at the end of UFC 229 was pretty wild and hopefully, something like that won’t break loose at a WWE event. But you can never really tell when you’re dealing with a lot of fans who might be upset. Thankfully, Hurricane was able to stand back when a riot broke loose.