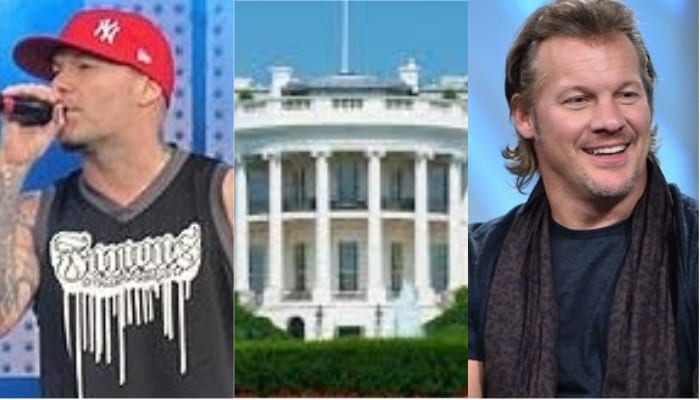 Chris Jericho is a pro wrestling legend, rocker, and an actor but if you ask Limp Bizkit frontman, Fred Durst, he also has his vote for President. US politics is in a pretty controversial state, so it might take someone like Y2J to set things straight.

Jericho was obviously surprised to hear this vote of confidence from Durst as he commented back to a video of Fred at a recent show saying “Chris Jericho for President.” Y2J replied saying: “haha what? Why did he say that?”

Only time will tell if Jericho would actually run but if he did then odds are he wouldn’t do it little because he doesn’t do anything just halfway. A full-on presidential run isn’t likely from Jericho though because he’s incredibly busy.

But the Winnipeg-native was actually born in Manhasset New York and he’s over the age of qualification. So I don’t know if he’d go for it, but if he wanted to then it seems plausible to us.

So @freddurst had a great idea last night. How about it @IAmJericho 🤔🇺🇸 #Y2J2020 pic.twitter.com/2yX1Myu4eM

Haha what? Why did he say that?? https://t.co/NHPRzHMPFs