X-Pac opens today’s show by discussing the NWA, and their recently announced NWA National Championship tournament. X-Pac says he was asked to compete in that tournament but he hasn’t accepted that offer yet. He notes that he likes to feel prepared physically and mentally before accepting that kind of booking, where a large audience will be watching. He informs that he was also approached to be a part of the Battle Royale at ALL IN, but turned down that offer for similar reasons.

He admits that he’d love to face Cody Rhodes for the NWA Title in his mind, but he’d have to have a bunch of singles matches before ever considering that in order to ensure that he’s up to speed and able to have a great match with Cody. Nick Aldis asked him about a potential match between them when he still held the NWA Title, and while X-Pac seriously considered it, he didn’t think he could do that match justice at the time so he turned it down. 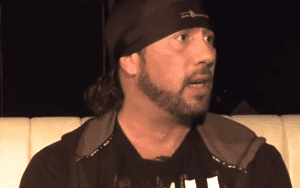 X-Pac comments on the upcoming match between Triple H and Undertaker, which will feature the return of Shawn Michaels as well. He notes that Michaels was involved in an in-ring physical confrontation on RAW this past week and that was the first time we’ve seen Michaels do anything like that on WWE programming in years.

As usual, Michaels commanded the microphone during his promo, even thought the dialogue in the promo was “typical” and nothing to write home about. He notes that this whole situation looks like it’ll lead to a tag team match between Michaels/Triple H & The Brothers of Destruction.

He thinks this whole storyline is a huge deal, and regardless the outcome of the match on Oct. 6th, these four guys are master storytellers and it should be fun to watch.