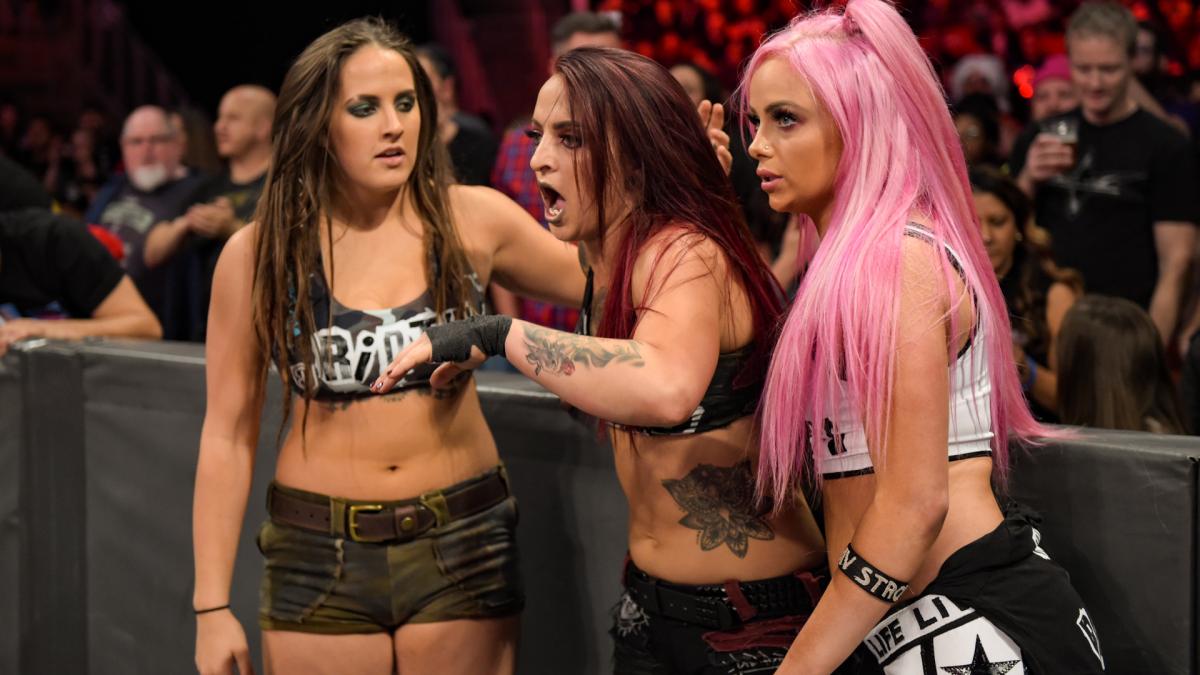 WWE’s Super Show-Down is going to be a huge event in the Melbourne Cricket Field and we’re less than 24 hours away. The Riott Squad nearly missed performing on this show as a whole unit because Liv Morgan suffered a pretty scary injury a couple weeks ago where she was diagnosed with having a concussion. Thankfully, she’s okay and will be able to perform, but The Riott Squad seem closer than ever because of it.

So while they were in Australia, the 3 Riott Squad sisters decided to get matching tattoos. They got them on different parts of their body, but they’re all the same thing “11-21-17” which is the date of their WWE main roster debut.

Since coming to SmackDown Live after Survivor Series last year, the Riott Squad have been a pretty entertaining part of WWE culture and it seems like they’re making it permanent so nobody can forget the date it all happened for them either.

The Squad members have all posted this cool 3-paneled graphic to show off their matching ink. We’ve seen matching tattoos before with significance and this one is for a pretty good reason. Hopefully, they can all stay healthy and celebrate even more anniversaries together as their one-year mark is fast approaching.