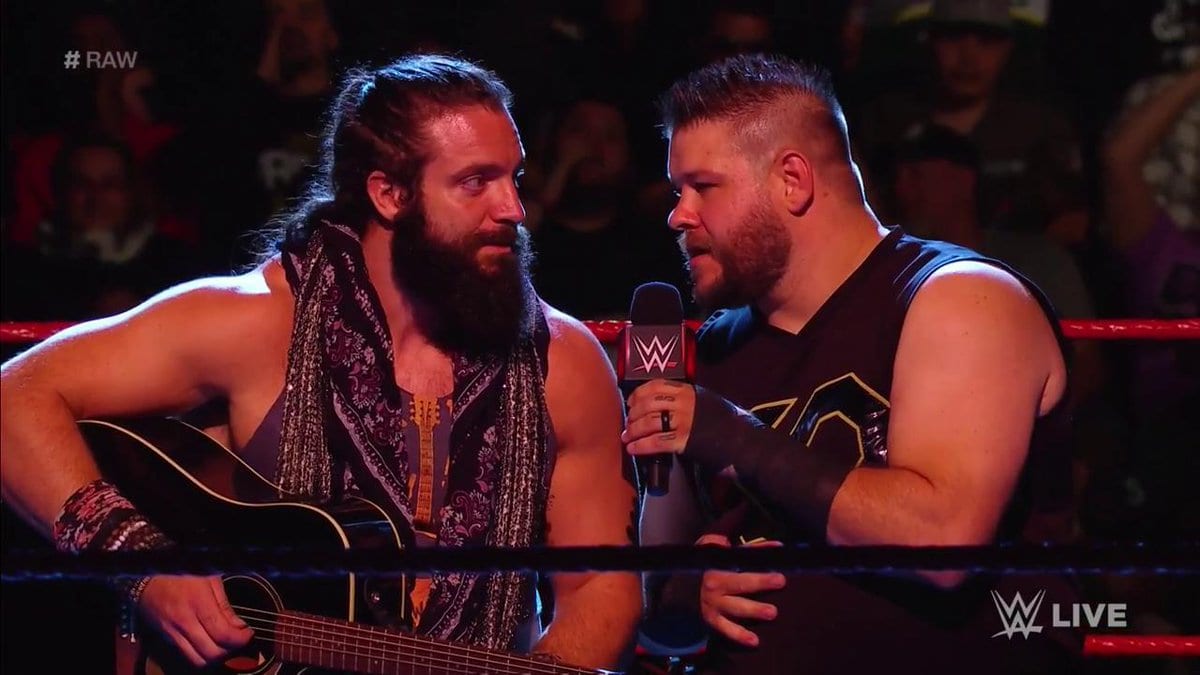 If you watched Raw then one thing had to stand out in your mind during the Kevin Owens and Elias segment and that was the number of boos from the crowd. It wasn’t like Roman Reigns after WrestleMania 33 heat, but it was close. Elias mentioned Seattle not having a basketball team and the place went nuts.

Bryan Alvarez was in Seattle and commented on Wrestling Observer Radio exactly why this spot was received like it was during Raw this week. After all, the heels seemed to hit a very personal nerve with these hometown fans.

“[The arena] is shutting down this coming Friday and they’re doing tons of renovation in the attempt to — well it’s going to be an NHL team but they’d like to get a basketball team. But there’s nothing that Kevin Owens could have said from what I’ve been told here in Seattle that could have possibly gotten him more of a reaction than the comment he made… whoever made the comment.”

He also noted that he has never heard a negative reaction like that at a pro wrestling show. He said it was so loud and the longer the boo went, the more people were standing up and trying to keep the boos going which is why it lasted throughout the entire segment. In the end,

Alvarez heard the issue was that there was a commercial coming up so WWE wanted to break up the booing with Lio Rush’s promo. But there was a lot of resentment from those fans about losing their NBA team 10 years ago and they had this chance to let the world know how upset they still are about it.