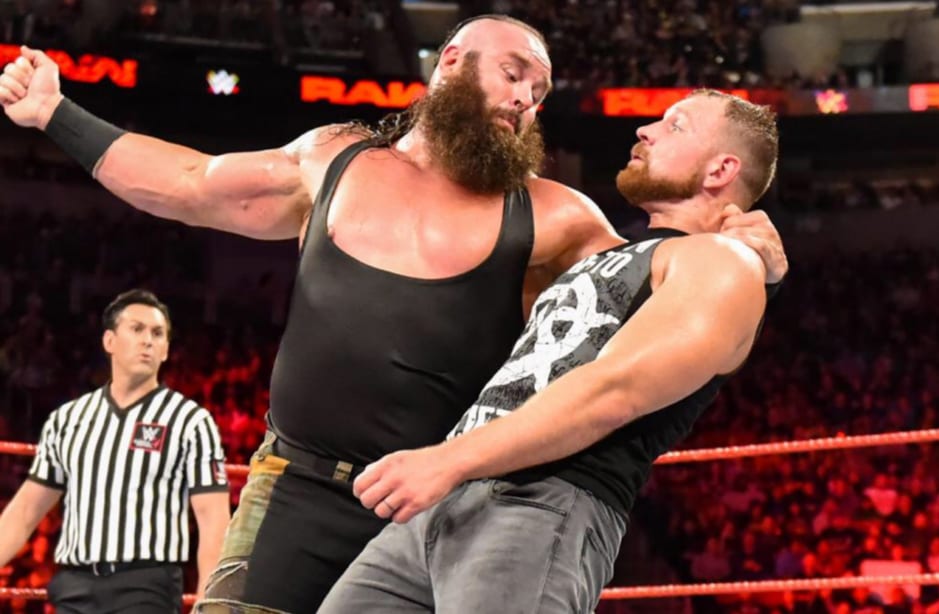 Braun Strowman came out to face Dean Ambrose on Raw this week because The Lunatic Fringe couldn’t make a decision of who he wanted to face. After all, he didn’t want to face his Shield brothers for their singles titles for some reason. But the two worked a very light match all things considered and some noted how strange it was for a match that long.

Bryan Alvarez was in Seattle so he saw the show live. He noted during Wrestling Observer Radio how the match was very bad live and Strowman appeared to be limping as well.

“Braun Strowman when he first came out, he’s moving like something is hurt. Like maybe his knee or something. He kinda half-ass limps down the ramp, he’s moving slow. Dean Ambrose gets in there and this is the lazy, doing nothing as slow as humanly possible Dean Ambrose. They just half-assed the entire match, the whole thing felt like it was during a commercial break.”

WWE Superstars go through all sorts of bumps and bruises throughout their career and not all of them are really injuries. But it might be possible that The Monster Among Men is dealing with something like a nagging pain. Then again, in a 6-man tag match, a guy like Strowman could certainly be protected.

Braun still hit his powerslam but the match was eventually prematurely ended by Roman Reigns. Still, only time will tell how long Strowman might be working hurt because back when his elbow needed a procedure he was going for a bit on that.