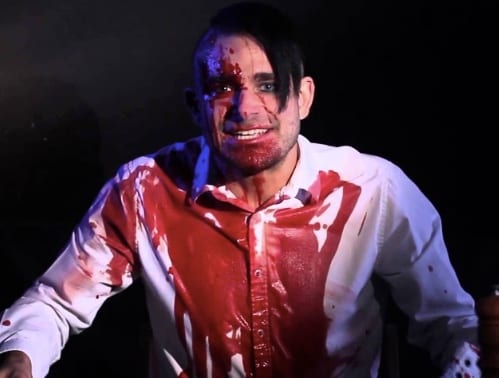 Jimmy Havoc, who has wrestled for Impact Wrestling and is one of the biggest stars in the history of Progress Wrestling, has threatened to ‘kill’ Paul Robinson in their upcoming match at the Hello Wembley event.

The show on September 30th is set to be an indication of just how far British wrestling has come in the last few decades, with it being billed as the biggest UK independent event in more than 30 years. It’ll be held at Wembley Arena in London, right next door to the 90,000-seater Wembley Stadium.

Havoc, 34, was initially scheduled to face Will Ospreay at the event, but a scheduling conflict meant that the final match of their legendary rivalry had to be pushed forward. As you can tell by the below quote from Jimmy’s interview with Daily Star, though, Paul Robinson is a more than suitable replacement.

Last time we met Robinson, you f***ed me up when I wasn’t expecting. This time I will be expecting it – and I am going to f***ing kill you.

Havoc has made a name for himself courtesy of his death-defying stunts in the ring, redefining what it means to be ‘extreme’. One of his biggest achievements came last year when he won CZW’s notorious annual Tournament of Death.

Progress continues to set the bar in terms of high quality independent wrestling both in Britain and around the globe, and they’ll aim to keep their momentum rolling at Hello Wembley – which will feature Walter defending his Progress World Championship against NXT UK star Tyler Bate.