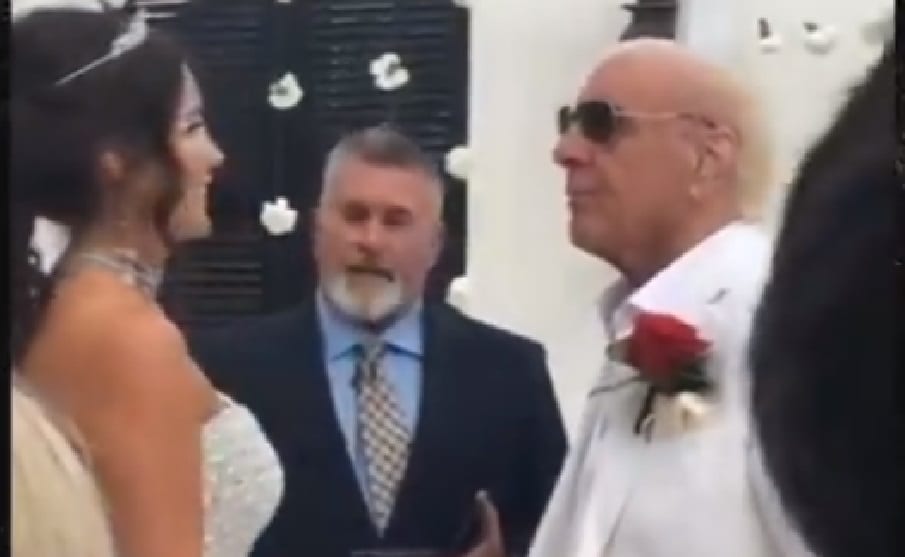 Ric Flair and his now-wife Wendy Barlow have been through a lot since his illness before SummerSlam last year. She helped nurse him to health in a big way and was able to get him back on his feet. Now he’s stylin’ and profilin’ just like always. He’s sober and happy.

Now Flair and Barlow have finally tied the knot. TMZ Sports broke the news on the wedding which took place last Wednesday in a resort in Northern Florida.

In the video from TMZ, you can see Flair walk down the aisle followed by Dolph Ziggler who led Barlow to the altar. It was said that The Undertaker was also in attendance. This was Ric’s 5th marriage, and hopefully, it will last this time. After all, the two have been through a lot together.

If you remember Wendy Barlow from her WCW days, she appeared during some Flair For The Gold segments as Fifi The Maid. Our congratulations go out to the happy couple.