She mentions that she was somewhat of a loner growing up. She was a short, nerdy kid who loved professional wrestling and she never had a lot of girl friends. She was a daddy’s girl and grew up with her brothers, so the fact that she hung around with boys felt normal for her. 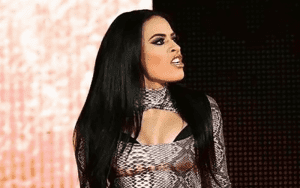 She never really saw eye to eye with her mother. Her mother was never very supportive of her professional wrestling dreams because she was scared for her safety. When Vega finally accomplished her goals and made it to TNA, her mother was very proud of her and they’ve since become very close. Vega realizes now the sacrifices that her mother had to make for them when she was younger.

Vega informs that she wanted to start training to become a wrestler right after high school but her mother wouldn’t let her. She insisted that Vega go to college so Vega agreed. However, unbeknownst to her mother, she’d travel on a bus by herself to train every weekend and she did that for two years without her mother knowing.