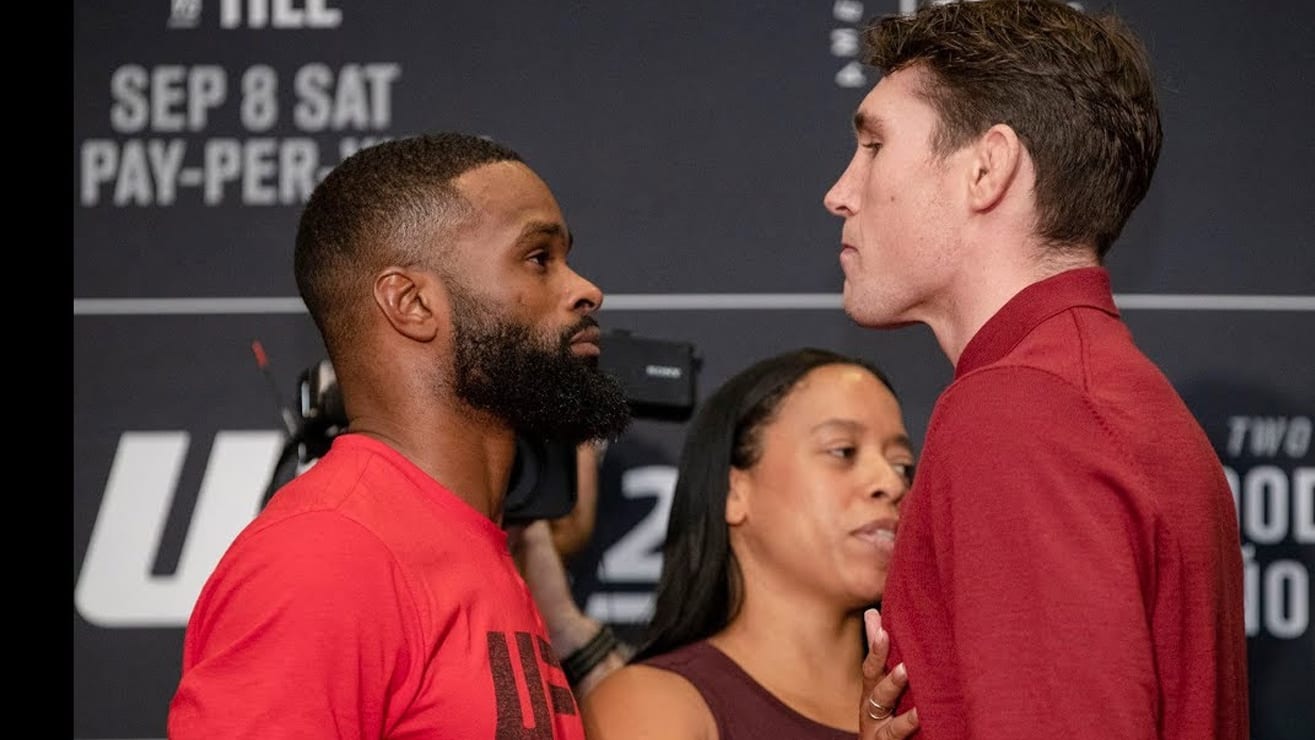 Darren Till is set to face Tyron Woodley in the main event of UFC 228 for Woodley’s UFC Welterweight Championship. But there was a little bit of a scare during the weigh-ins that almost put a halt to the fight.

While Till had no problem making weight and even rose up 2 middle fingers in the process as a sign to all of his doubters, Woodley had a bit of an issue making weight.

Woodley weighed in 1 pound overweight at 171 which is not a good thing for a title fight because it would risk Tyron Woodley’s championship.

But thankfully, he pulled out an old weight-making trick and grabbed a towel, stripped naked, and weighed himself to make weight perfectly at 170 while someone held a towel to hide his unmentionables. This was a very close call and could have cost UFC a much-anticipated main event.