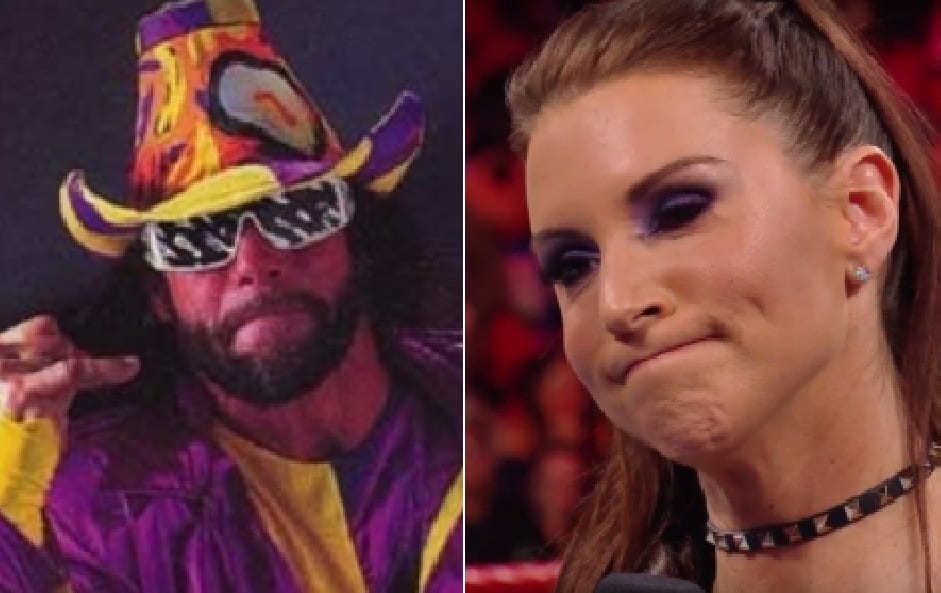 Lanny Poffo has a new podcast called The Genius Cast and it’s certainly something.

Lanny Poffo didn’t hold anything back in his first episode of his new podcast. He said his friendship with Ole Anderson ended after Poffo called him out for having illegitimate children and then he addressed his brother Macho Man Randy Savage’s induction into the WWE Hall Of Fame.

Poffo had plenty more to say about his brother’s legendary career, but he also took time to address a legend in pro wrestling lore that Savage had relations with a very young Stephanie McMahon before his exit from WWE.

Macho Man cut a promo for his website back in the day talking about how he was going to steal Triple H’s girl Stephanie McMahon because Triple H is a punk. You can view that clip below, but Lanny had a lot to say about Savage “taking Stephanie around the block and show her what a real man is.”

“I don’t know and if I knew I wouldn’t tell you because Randy was very very private and I have absolutely no idea if that happened.”

“I’ll tell you what did happen, Triple H did an interview on a magazine and they said ‘what do you think of Hulk Hogan and The Macho Man?’ And he said they were dinosaurs. Well evidently Hulk Hogan didn’t mind being called a dinosaur but Randy took big exception to it and he just as well might have said, ‘if you think I’m so old let’s see how you would do in a shoot against me.'”

“He challenged him to a shoot. In other words, ‘taking your girl for a ride’ is his way of showing you no respect whatsoever. You know I have absolutely no idea if the urban legend is true and like I said if I knew I wouldn’t tell you it’s none of anybody’s business. There’s only one person who knows for sure and that’s Stephanie. Randy’s not here and she’s not talking. So let’s give them the benefit of the doubt and talk about something else.”

Poffo said Savage was doing his members-only podcast so it was probably a work to some extent because he exaggerated everything. But that’s the way everyone seemed to take it which only made the already existing urban legend that much more interesting.