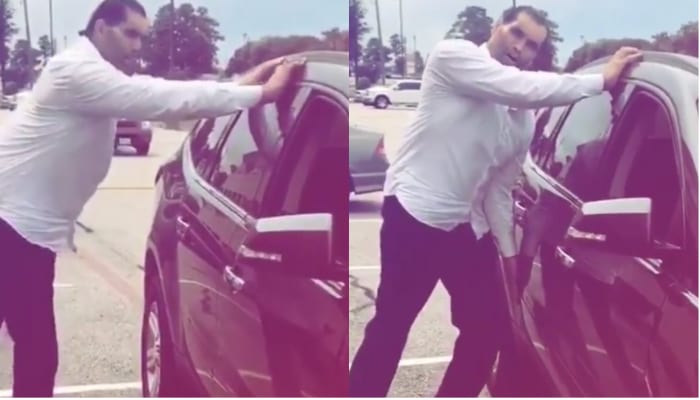 The Great Khali has the strength of a man and then some, but as you can see he’s not the same Punjabi Playboy he used to be. After all, he’s a giant and that is one of the sad parts of his disease.

There are a lot of positives to being as massive as Khali though like becoming a WWE Superstar, but Khali sadly isn’t what he once was. But he’s still the same guy always ready to crack a joke.

He has a great sense of humor as he asks his friend if he can flip his car. But just when it looked like Khali was going to pull it off, he gave up. After all, flipping a car can be a pretty nasty deal because you can get automobile liquid all over the place and nobody has time for that.

At 46-years-old Khali is enjoying his time as a retired WWE Superstar even though he will still show up in WWE every now and then. It’s not likely we’ll ever see him wrestle a match like he used to, but it’s still great to see he’s having fun.