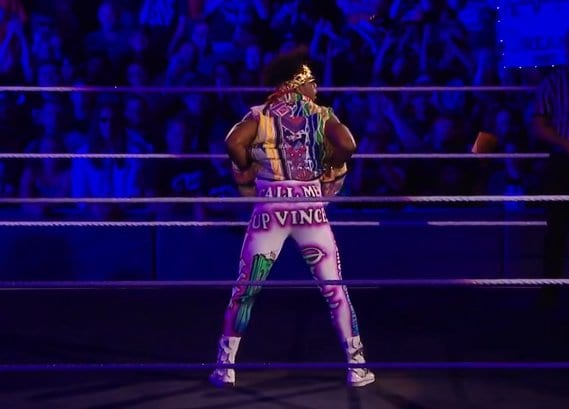 We recently reported on Velveteen Dream competing at two events for EVOLVE next weekend in Joppa, Maryland and Queens, New York where he will wrestle Austin Theory and Darby Allin on back to back nights.

While the WWE’s relationship with EVOLVE has been solid for the last couple of years, some fans wondered if this cross-promotion was some type of punishment for The Dream due to his controversial “Call Me Up Vince” tights that he wore at NXT Takeover Brooklyn.

Gabe Sapoisky, a head booker for EVOLVE, took to Twitter to kill this narrative and explain that Dream was not “sent” by anyone.

Even if you did ask Velveteen about his “Call Me Up Vince” tights, I’d assume that The Dream would have no memory of that.