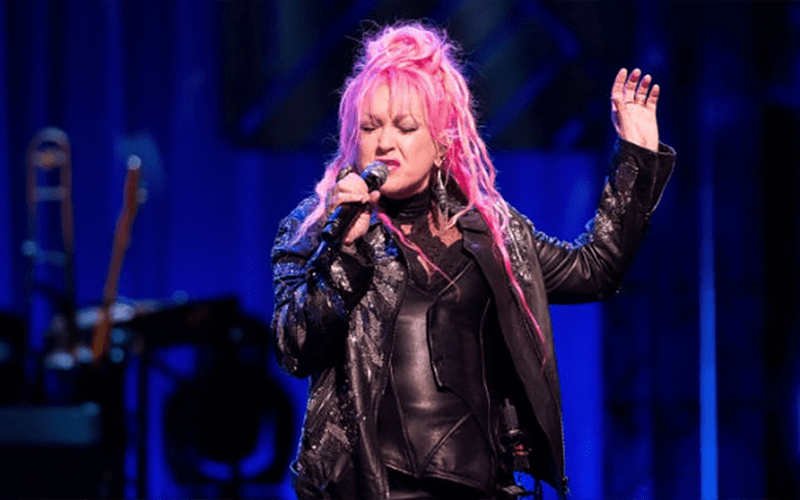 During a concert in San Diego last night, legendary musician Cyndi Lauper performed a song in dedication to a number of wrestling icons. The song, titled “The Goonies ‘r’ Good Enough,” which featured multiple wrestlers in its video format.

The song was dedicated specifically to Captain Lou Albano, Roddy Piper, The Fabulous Moolah, Andre The Giant, Nikolai Volkoff, The Iron Sheik and Wendi Richter. These are all names Lauper is familiar with from her time with WWE in years past.

Lauper has a rich history with the company. With appearances on Piper Pit, storylines within the company and managerial roles alongside Richter at the very first WrestleMania and Hogan on Main Event. Her impact is still felt today through the industry.

The music video for the song was shown in the background, which is also notable as it featured Albano, Piper, “Classy” Freddie Blassie, Moolah, Volkoff, and Sheik.

Here is the official music video:

What is your favorite song by Lauper? Would you like to see her return in modern WWE for a performance of some kind? Let us know in the comments below.