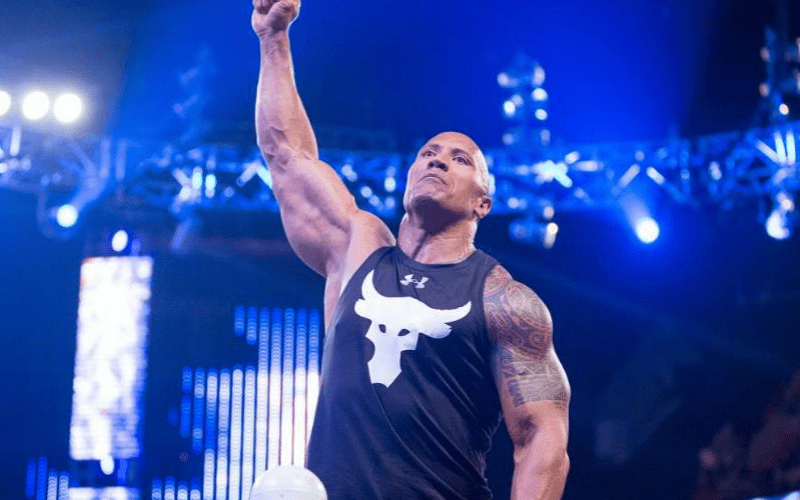 The Rock is an incredibly busy guy and he hasn’t shown up in a WWE ring for a very long time. But it looks like that might change when SmackDown Live’s 1,000th episode goes down on October 16th.

The Great One is currently filming Jungle Cruise for Disney but once that is over it looks like he’s going to hop right across the border to Canada so he can be Black Adam in the upcoming Suicide Squad movie.

Joe Peisich from Barnburner has confirmed EXCLUSIVELY to us that The Rock will be filming just one hour away from where SmackDown’s 1,000th episode is set to air in Washington, D.C which is just an hour and a half flight from The Rock’s scheduled location for Suicide Squad.

Only time will tell if The People’s Champ makes the big show named after his own catchphrase, but it’s not looking impossible at this point.