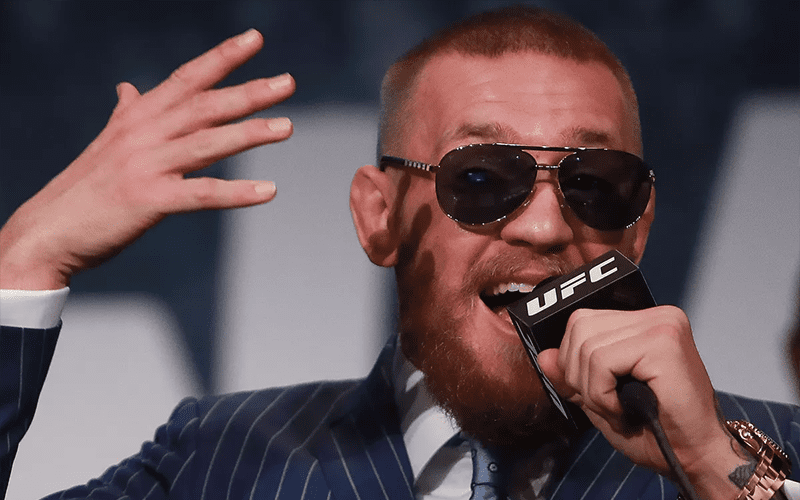 UFC fighter Conor McGregor has responded to Floyd Mayweather on Twitter, with an emphatic statement that many of his fans will be familiar with.

The Notorious One is currently preparing to challenge Khabib Nurmagomedov for the UFC Lightweight Championship at UFC 229, but beyond that, many fans have speculated as to whether or not we’ll end up seeing a rematch between him and Money Mayweather.

Still, whether it happens or not, nobody can deny that Conor certainly knows how to get people talking – as evidenced by messages like this.

Fuck the Mayweathers, except Senior and Roger.
There is no peace here kid.
Step up or step down.

Easiest 9 figures I ever made! All work is what ? #MayweatherPromotions#TMT#TBE pic.twitter.com/32WGa78AHV

The Mayweather/McGregor fight was considered to be one of the biggest combat sports events in history, and when we look back on it in 40 years time, that’ll probably still be the case. In terms of the immediate future, though, McGregor needs to be focusing all of his energy and attention on ensuring that he is on top of his game once October 6th rolls around.

Khabib will likely serve as a tougher test than the majority of opponents that Conor has faced inside the Octagon in the past, and yet, the majority of people still believe that Conor will be more than capable of disposing of The Eagle.

It would be silly to assume that this war of words between Floyd and McGregor is over when you consider their history together, and in a lot of ways, it’s good for both men. Floyd is able to keep himself relevant, whereas Conor continues to draw more eyes towards what he’s doing on a day to day basis.